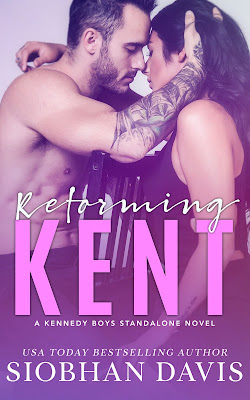 Kent
Rogue. Troublemaker. Bad Boy. Delinquent.
Everyone thinks they know who I am, but they know nothing.
And that’s how I prefer it.
Keeping my demons under lock and key is my only survival tactic.
Until a gorgeous feisty bartender enters my life, turning it upside down. Presley captivates me in a way no woman ever has, and I can’t get her out of my mind.
She’s determined to resist me, but I’m equally stubborn and more than up for the challenge. Winning her trust, and her heart, becomes everything because she shows me a future worth fighting for.
But the consequences of my tortured past are far-reaching, and if I don’t let her go, I’ll only drag Presley down this dark hole with me.

Presley
Since I aged out of the foster system, I’ve worked hard for my dream future, and it’s so close. Too close to let some arrogant rich playboy distract me.
I’ve heard all about Kent Kennedy, and with my history of troubled bad boys, I need his attention like a hole in the head.
Except he’s nothing I expected and everything I never dared to dream of. As I slowly uncover the truth, I discover a broken man with a big heart who desperately needs someone to see him.
I want to be that person, but his demons loom large, and I don’t know if I’m strong enough to do this again.
When the past rears its ugly head, shattering everything, will there be anything left of my heart to protect?

Reforming Kent is the tenth book in the very addicting Kennedy Boys series By Siobhan Davis. Almost four years ago I started this series when Siobhan asked me if I wanted to review an ARC of Finding Kyler. I had never read any of her books but I love reading new-to-me authors so I took a chance and OMFG…Best. Decision. Ever. I have been addicted since the very first book of the series. I met Kent when he was a fifteen year old little shit who was a shameless flirt. Troublemaker. And total manwhore over the years. Now is twenty-three and in law school and well, still a Manwhore until he met her.

Presley rejects him. Over and over again. She wasn’t about to be a conquest. She dated bad boys. Been there done that and didn’t even get a T-shirt. But, she sees something in him. Maybe even parts nobody has ever seen. The sweet ones. The vulnerable ones. The nervous ones. He says he has never dated anyone so she asks herself, why her? She worked in a dive bar and was an artist. She wasn’t a supermodel. She also wasn’t a one-night stand type of girl. So, why?

Kent wanted her the moment her saw her. Yes, he wanted to have sex with her. Of course, he did but after the rejection, he couldn’t get her out of his mind. He wanted to know her. To woo her. He didn’t know what he was doing but he knew she was different. Life-changing but he also knew he would fuck it up like he did with everyone and everything in his life. Was he even worthy of her attention? He didn’t know but he was going to find out.

I can’t really say more than that. I will say that once again Siobhan gave me more than I expected. I have been falling little by little for Kent. Maybe not at fifteen but I did enjoy his little-shit attitude. He made me laugh. And over the years and books, my heart knew he was special. That something was going on with him. I can’t say what but it’s heavy. I love that Siobhan gives us the drama. It’s not even petty drama. It’s holy fuck, that did not just happen drama. But it’s more, she writes the sensitive and heavy subjects. And in the same book she gives us laughs, passion, sexiness, family, friendships and love.

Overall…I read Kent and Presley’s story in one day and it’s not a short book. At all. I couldn’t stop reading! I am shocked I even made dinner. It was a roller coaster of emotions. So. Many. Emotions!!! It is deep. Oh, Kent…you have my ♥️. I am so sad this is the last book but so grateful for the series. It brought me to Siobhan and her other series’ and damn…I have loved them all.

P.S. My husband’s name is Elvis so yeah…that was a fun theme.

“Don’t pretend you know me because you don’t. No one does.”

It’s official. I have now traded in my man card and turned into Kyler.

“Give me your truths, Kent. Even if those truths hurt. At least it will be real.”

I voluntarily reviewed a complimentary copy of this book. 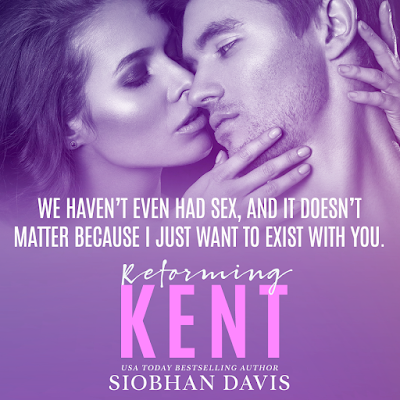 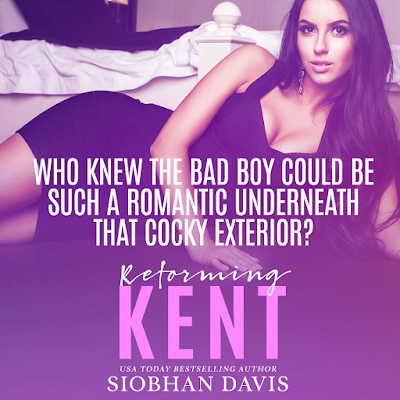 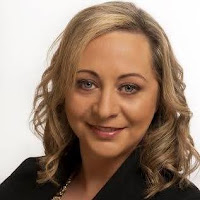 I am a USA Today bestselling author and I write emotionally intense young adult and new adult fiction with swoon-worthy romance, complex characters, and tons of unexpected plot twists and turns that will have you flipping the pages beyond bedtime!
My family will tell you I am little bit obsessive when it comes to reading and writing, and they aren’t wrong. I can rarely
be found without my trusty Kindle, a paperback book, or my laptop somewhere close at hand.
Prior to becoming a full-time writer, I forged a successful corporate career in human resource management.
I reside in the Garden County of Ireland with my husband and two sons.
Connect with Siobhan Davis
Website | Facebook | Instagram | Twitter | Amazon Author Page      Goodreads | BookBub
Hosted By:

There’s always the one that got away. Or kicked you out…

There’s always the one that got away. Or kicked you out…

The new darling of rock n’ roll, Adam Dillon, is ready to show his ex-girlfriend, Jill Schwartz, what a mistake she made kicking him to the curb. So maybe he wasn’t the best of boyfriends. Writing great songs and climbing to the top of the charts isn’t easy. Only problem is, he’s fast finding out that success isn’t everything.

One year ago, she kicked his ass out. And within that year he has written an hit album about their break-up, living in the same apartment building with rock stars, and touring. Famous and rich when one year ago he was living in her apartment, eating cold pizza and writing music. And for that he is grateful and why he sent her a check. And exactly, why she wanted to talk to him. She didn’t want it. What she wanted was to hate him. To hate him for the lyrics of those hit songs. They were lies to her. And she wanted to talk to him about everything one last time, face-to-face. What she didn’t expect was the way she felt towards him. Especially when they go up to his fancy new apartment. And especially when he tells her the truth about the last year.

I can’t say more than that. I will say that this might be a novella but there is a lot of story within. Lots of fight, emotion, love, and sexiness.

“They can’t all fall at your feet, Adam. It would get boring.”

He frowned. “With her, just once would be nice.”

“You’re a demanding woman. You know that?”

“Break my heart again, Jill.” His sweet sexy smile made my heart hurt. Damn the man. “C’mon. I dare you.”

“No,” said the bodyguard. “But—” “Miss, do you have any idea how many people try to get backstage by claiming they have some sort of relationship with Mr. Dillon?” Face a careful blank, the man in the slick black suit stared down at me. He had a point. I’d pushed through a crush of fans, getting my toes stomped on several times, along with taking an elbow to the kidney, just to talk to this guy. God only knew what it took to get near the star of the show. “I’d imagine a lot,” I yelled back at him. Necessary given the volume of the music filling the space. “The difference here is I’m not lying.” “But since everyone says that, you can see from my perspective how that’s not actually a point of difference.” Adam Dillon, rock star extraordinaire, gyrated his slim denim-clad hips like an Alt-Rock Elvis on the nearby stage. He pouted and crooned about the woman who’d done him wrong. Me. That’s right, I was the big bad ex who’d broken him and woke him to the dangers of love. Or so the song said.  The song lied and then some. According to the lyrics he was currently wailing, I’d ground his heart beneath my five-inch heels before blowing him a kiss goodbye. From memory, there’d been a lot of shouting, but no blowing of kisses. And having just kicked off the flats I wore for work, I’d been barefoot, my legs and back aching. No way had I been strutting around in stilettos. Home from a hard day at the hair salon, I’d returned to find Adam on the couch. The same place he’d been when I’d left for work approximately eleven hours earlier. The same place he’d been for what felt like months as I worked my ass off to pay the rent. That’s when all hell broke loose. However, it wasn’t the only issue that had caused our relationship to bomb. Nothing’s ever simple.  But back to the here and now. I grabbed the slip of paper out of my front pocket, holding it up for his perusal. “My name is Jill Schwartz. How many of those people claiming to know him have one of these?” His eyes widened as he scanned the name on the check, before widening again at the amount. And fair enough too. I’d had a mild panic attack myself when it had first arrived. When Adam decided to make a statement, he didn’t bother with subtle. If only I could figure out what it all meant. If it meant anything at all, of course. And that question was what had brought me here tonight.

Kylie is a New York Times and USA Today best-selling author. She was voted Australian Romance Writer of the year, 2013, 2014 & 2018, by the Australian Romance Writer’s Association and her books have been translated into eleven different languages. She is a long time fan of romance, rock music, and B-grade horror films. Based in Queensland, Australia with her two children and husband, she reads, writes and never dithers around on the internet.