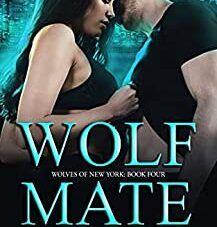 Maxim proved he would give his life to defend mine.

I proved I would kill to keep him by my side.

But is the bloody devotion of a united king and queen enough to win this war?

My fated mate and I are finally fighting on the same side, but our enemies have burrowed deeper into our pack than we ever imagined possible. Before we face my mad sister and her army, we’ll first have to free the minds of our own people.

Meanwhile, Maxim’s sister is still in enemy hands and black magic rises with the full moon.

Can we save the people we love and heal the shifter world before it’s too late?

Or will we lose everything we hold dear—our hope, our freedom, and maybe even…each other.

Wolf Mate is the fourth and final book in the Wolves of New York City series by Lili Valente. You can not read these books as standalones. They follow one couple who have a complicated and intense relationship.
Maxim and Willow are now working on the same side once again. The trust is there and they have one goal. To save his pack and the future of the world. With Diana still with the enemy, they need to figure out a way to get her out of the way of danger while figuring out how to make Bane and Kelley surrender. It’s all on their shoulders. First, they need to decide on who they can and can not trust. Can they overcome all of their obstacles?
I can’t say any more than that. I will say that I love this couple and Diana! There were some unexpected twists that I am obsessed with. It was awesome to have many POVs in this story and I am sooo hoping there will be a spin-off.
Quotes:
“Wake up, little wolf,” I whisper, brushing her hair from her cheek. “Time to save the world.”
“Now, how do we do the whole ‘getting ready to fight the bad guys’ thing? Are we going to need snacks? Pep talks? Maybe a montage?”
He’s starved for me, for touch, for release, and he’s right—there’s no turning back now.
The storm has broken, and we have no choice but to let it rage.

Author of over forty novels, USA Today Bestseller Lili Valente writes everything from steamy suspense to laugh-out-loud romantic comedies. A die-hard romantic, she can’t resist a story where love wins big. Because love should always win. Learn more at www.lilivalente.com. 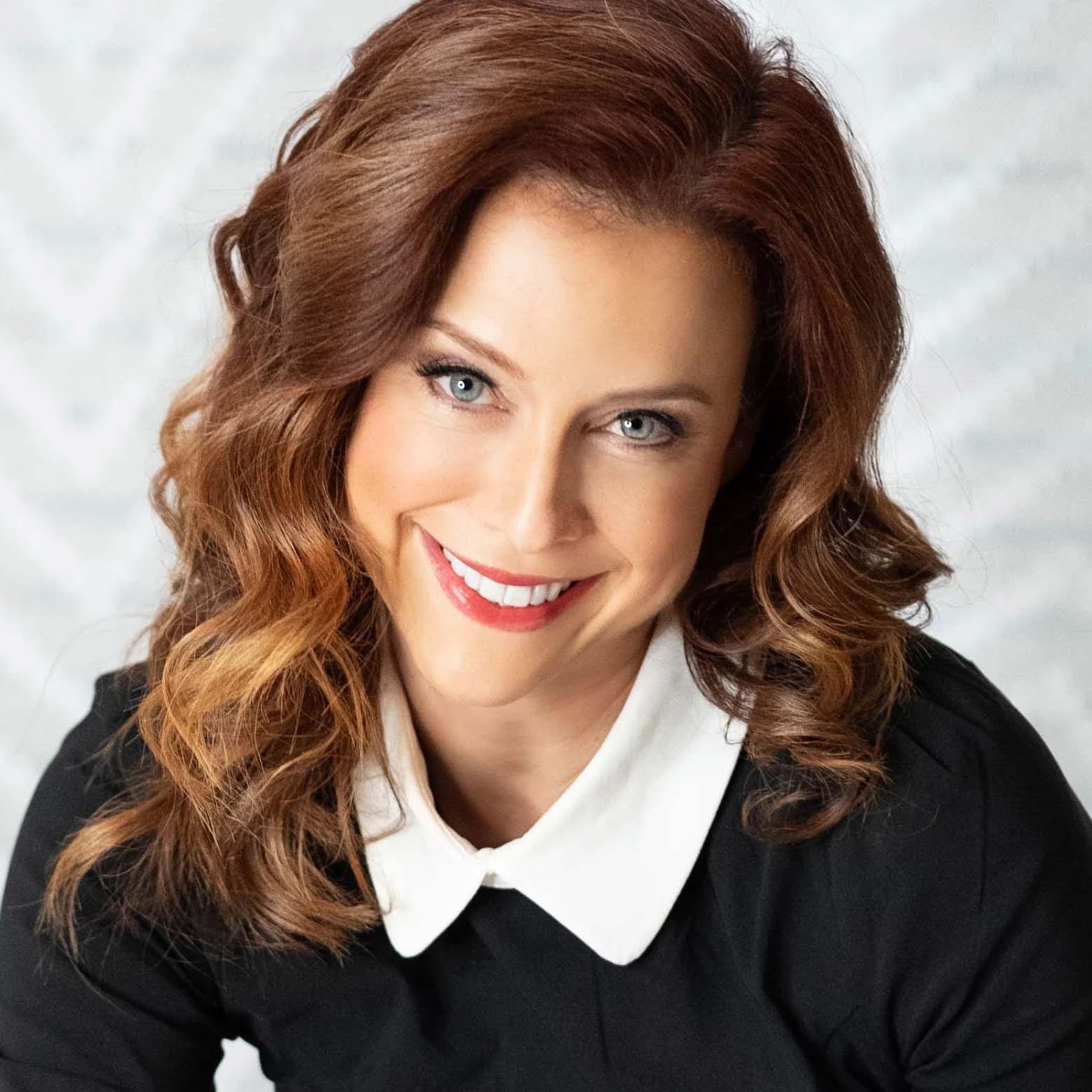 Title: The Spark
Author: Vi Keeland
Genre: Standalone Contemporary Romance
Release Date: July 12, 2021
BLURB
Before I even met Donovan Decker, I knew his shoe size.
You see, I’d gone away for a few days, and in my haste to get out of the airport, I’d grabbed the wrong suitcase.
After checking out the expensive footwear and tailored clothes, I dialed the number on the luggage tag hoping maybe Mister Big Spender might have my bag.
A deep, velvety voice answered, and as luck would have it, he had my suitcase, too.
Donovan and I met at a coffee shop to do the exchange.
Turned out, it wasn’t just his voice that was sexy. The man holding my luggage was absolutely gorgeous, and we had an immediate spark.
He got me to admit that I’d snooped in his bag and then convinced me to make it up to him by letting him buy me coffee.
Coffee led to dinner, dinner led to dessert, and dessert led to spending an entire weekend together. Donovan wasn’t just handsome with a panty-dropping voice. He was also funny, smart, and surprisingly down to earth for a man who wore seven-hundred-dollar shoes.
Did I mention he also did my laundry while I slept?
Definitely too good to be true.
So what did I do to repay him for his kindness?
I waited until he was in the shower, then ghosted him.
My life was too complicated for such a great guy.
In the months that passed, I thought about Donovan often. But New York City had eight-million people, so what were the chances I’d run into him?
Then again, what were the chances I’d run into him a year later…when I’d just started dating his boss?
ADD TO GOODREADS

The Spark is Vi Keeland’s newest kickass standalone. I have read most of her books and it’s one of my favorites. If I wasn’t on vacation and could only read before 8am, I would have finished this story in a day. It’s fun, sexy, and emotional.

Autumn doesn’t do wild. Yes, she did just get back from a bachelorette party in Vegas but it had been a while since she let loose. She was exhausted so when she discovered that she picked up the wrong suitcase at the airport, she was just done. It was an interesting development though when she went through it…you know you would to. And when she meets the man with her suitcase that night, she isn’t upset about the mix-up. He was handsome, funny, sweet, and they end up spending three days together talking, watching movies, and connecting. That is exactly why she got to ghost him. It was too much. She didn’t think she would ever see him again…until her boyfriend sends him to meet her.

Donovan wanted this partnership. It was his time. Seven years of kicking ass for the law firm, this was it so when his boss asks him a favor, he goes. And, he sees her. The redhead who ghosted him almost a year ago. The same redhead he thought enjoyed herself with him. The redhead he couldn’t quit. And now, she was here. In an unexpected place. This was his second chance until she drops the bomb on who she is dating. The man who could make him partner. He was screwed but determined. He knew she was it for him. He just had to prove it. Could he get the girl and his career dream?

I love Donovan! He is delicious and so adorable at the same time. The perfect mix of romantic, funny, sweet, and alpha. Autumn is a badass woman who needs to trust again. She has a big heart, sweet, funny, and worth it. Together, they are so much fun! There is also some heavy subjects tied in and that made the story even more inspiring.

“Was the lady from housekeeping harmed in the robbery?”

His eyes narrowed for a heartbeat, but then a giant smile spread across his face. He held his hand out toward the seating area. “After you, Autumn W.”

She giggled, and another crack in my heart sealed up. “I’m sure that will be tough for you.”

The Spark is a new sexy, sweet and emotional romance by the fabulous Vi Keeland. I’m a huge fan of Vi’s have read so many of her books and they just keep getting better and better. Sexier, smarter, heroes. Stronger, more bad*** heroines. Donovan and Autumn are one of my favorite of Vi’s couples and I absolutely loved this book. It all starts with a luggage mix-up that leads to an exchange, coffee and a sexy weekend spent together. Then Autumn ghosts Donovan and he never knows why. Donovan never forgot about her. There was just something about her and he knew she wasn’t like other women. Then fate stepped in again and she’s the social worker for his new client. What are the chances? The spark they have is still there and Donovan is hopeful he can remind her how good they were together. Autumn doesn’t let herself date men she could fall for that’s why she left Donovan. It’s just who she is. He’s even more handsome. And those tattoos that are hiding under those expensive suites. Wowzas. They can be just friends right? The more she gets to know him, the more she realizes she needs to try to see if things can work out. He’s worth it. Donovan knows his feelings are strong for Autumn but he has to start slow. Is that even possible? Will Autumn get spooked again and run off? Will Donovan chase her this time. Oh my Lord! This story! I laughed, cried, got hot and bothered and thoroughly enjoyed every second. Donovan and his plants? I love him! Autumn is so strong and independent and I just loved her too! I love a sexy hero who shows his softer sweeter side while he’s being all alpha! Donovan is the perfect man!

Vi Keeland is a #1 New York Times, #1 Wall Street Journal, and USA Today Bestselling author. With millions of books sold, her titles have appeared in over a hundred Bestseller lists and are currently translated in twenty-five languages. She resides in New York with her husband and their three children where she is living out her own happily ever after with the boy she met at age six.
AUTHOR LINKS
FACEBOOK
PROFILE / PAGE / GROUP
WEBSITE
TWITTER
INSTAGRAM

OTHER BOOKS BY VI