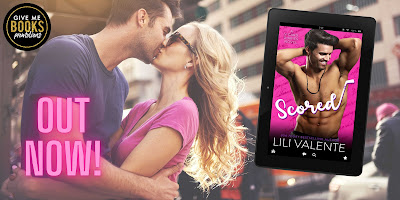 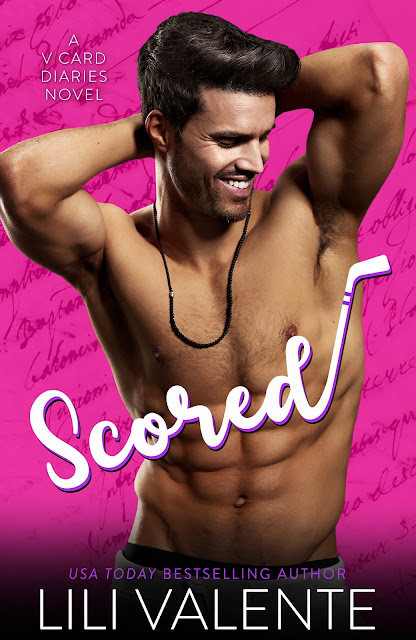 Title: Scored
Series: V-Card Diaries #1
Author: Lili Valente
Genre: Romantic Comedy
Release Date: March 1, 2022
BLURB
Begging my brother’s best friend—aka NHL superstar, Ian Fox—to help me ditch my V Card wasn’t part of my “make it big in NYC” plans.
But after years of being “cute little Evie,” I’m tired of waiting for Mr. Right. I’m ready for Mr. Right Now, and Ian is everything I’ve ever wanted in a first time. He’s kind, funny, confident, and has a legendary…stick.
Seriously, his stick has its own page of search results, complete with gray sweatpants shots hot enough to make even a clueless virgin drool.
And yes, my brother will murder us if he finds out, but we’re both grownups.
We can keep a secret. We have to since I just landed an art therapy job working with his troubled team.
All we’re doing is a little practice. (Or…ehem…big practice.)
Too bad my heart didn’t get the memo.
ADD TO GOODREADS Scored is the first book in the V-Card Diaries Novel by the fantastic Lili Valente. I’m a huge fan of Lili’s and I know when I pick up or listen to one of her books I’m going to be entertained from start to end. Scored is a brother’s best friend romcom that had me laughing out loud and totally swooning over Ian. Evie has known Ian since she was a little girl and always had a crush on him, but now they are older and she needs his help. It’s time to get rid of her v-card and Ian is just the man for the job. Who cares if her brother would kill them if he found out. But they just don’t care. It’s more than just lust. And it’s pretty clear neither of them just want one night. I had the pleasure of listening to Lili and Jason Clarke narrate this great story and I love them together! They are both sexy, sweet and fun and they brought their A game to Ian and Evie!

Scored is the first book in Lili’s all-new rom-com series, The V-Card Diaries. I am always so excited when one of my favorite authors starts a new series. Adding new characters to fall in love with. This series is tied together by four friends who are ready to get their V-Cards punched.
Evie is almost twenty-four and is ready to get it on. She has been in relationships but those men never felt right. They didn’t see the woman she really is. She needs to trust a man first. With her body and her fantasies. And that man just became single. Ian Fox. Her older and very protective brother’s best friend. She has always felt a connection to him but now it feels different. She wants him to be her first. But first, he needs to see her more than little Evie.
Ian can’t believe what Evie is asking for but he can’t deny that he wants the same thing. She is not a little girl anymore. She is a grown-ass woman who knows what she wants but can he really do this? Derrick would kick his ass just for looking at his sister the wrong way. On the other hand, would he want her to just sleep with some random dude who wouldn’t respect her? No. Maybe if they go slow and keep it a secret, it will be a win-win. He might be gone in two weeks and the terms are just that. Two weeks of no-strings attached sexy lessons.
These two! You can feel the flirt, lust and connection through the pages. It’s both sweet and sexy. I laughed, swooned and cried. This is a great start to a new series!
Quotes:
“I’m not letting you in until you calm down, Derrick. And I don’t have a man in here. It’s just Ian.”
“Thanks,” I mutter.
“I can do context. You just wait and see. I’m going to give you more context than you can handle.”
“I feel that everywhere. How can I feel it everywhere?”
“Magic. And nerve endings. But mostly magic.” 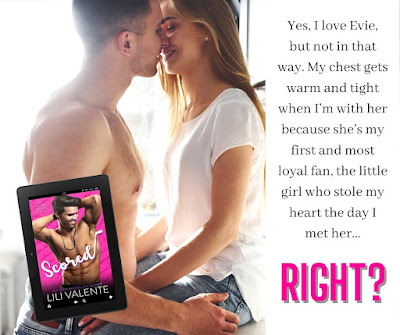 EXCERPT
I don’t think I’ve ever seen Ian this nervous, not even before the championship game his senior year of high school, when he knew NHL scouts were up in the stands, ready to break his heart or make his wildest dreams come true.
Ian isn’t an anxious person.
He’s steady, chill, and confident.
To see sweat beading on his forehead as he moves to stand in front of the darkened television, studying the small stack of notecards in his hand is disarming.
Is he really this stressed about teaching a bunch of virgins how to make a love connection?
Or maybe it’s the fact that his best friend’s little sister just offered him her V-card on a platter.
The inner voice has an excellent point. 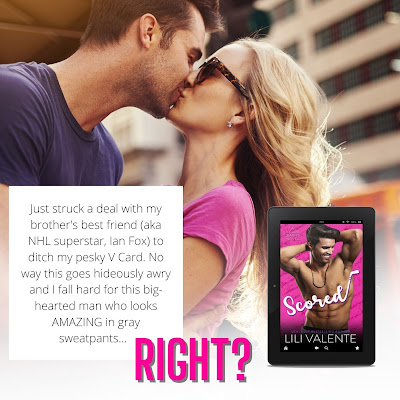 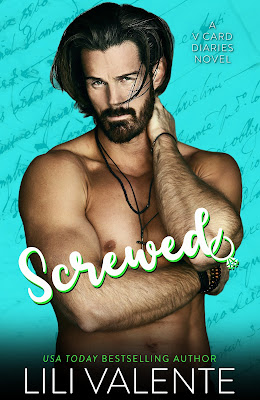 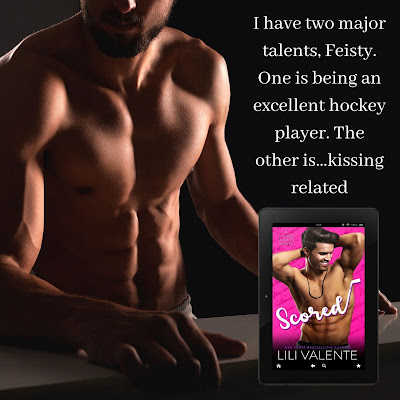 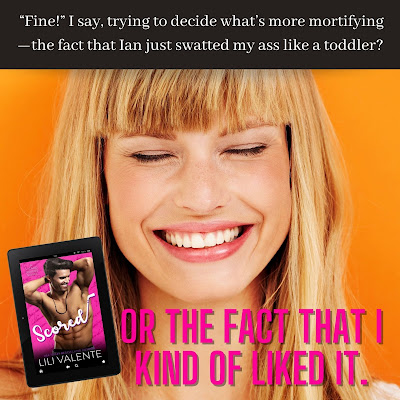