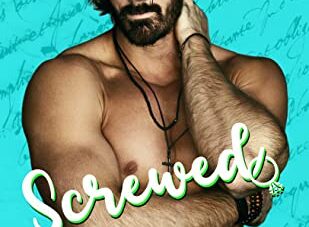 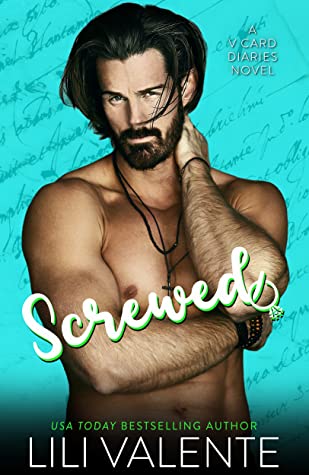 I need a guy who understands that this is all pretend, and who better than a man who can’t stand me—and vice versa? Besides, Derrick is the kind of cocky, confident, successful dude bro my gram will adore.

We’ll convince my ailing grandmother I’m not going to die alone, Derrick will honor that favor he owes me, and we’ll part ways as enemies with NO benefits.

It’s a rock-solid plan…until it isn’t.
Turns out I may have made a slight miscalculation.

Now Derrick is charming my family, sweeping me off my feet, and making me want crazy things.

Suddenly, I think I might actually want him to be my first and maybe…my only?

Screwed in the second book in the Virgin Diaries series by Lili Valente. Each book can be read as standalone but I recommend reading the series or at least the novella. If you read Scored then you have met Harlow and Derrick, well…this is their story!
Harlow has been on the hunt for a man who doesn’t want love but a man who is could give her a good time. A man to punch her V-Card and be a nice guy about it. Then, she can move on with her life and find love down the line. She was not about to be like the other women in her family. She refuses. But, that is not what she needs at the moment. What she needs is a fake boyfriend for her family reunion. All her gram wants before she leaves on her next adventure is to know that Harlow has found the love of her life and is happy. Harlow wants to give her that peace and if Derrick aka Satan is the only man to help give her that, then so be it.
Derrick and Harlow’s relationship is complicated. The tension along with the attraction is there but they aren’t doing anything about it except ignoring it with all their willpower. But now, they will be in the same place, in the same suite for a week faking to be in love. Harlow is afraid to put herself out there again after being rejected years ago. Derrick is afraid it’s too late to put himself out there. They have some explaining to do for sure. Can they get their heads out of their asses and finally get it together?
These two!! Their banter is their foreplay. It can be sweet. It can be funny. It can be flirty. It can be anything. This story is so much fun!! One week of ups and downs, a crazy family, and surprises in the bedroom. I loved Derrick and Harlow. I also loved Gram! I can’t wait for what is up next in the Virgin Diaries.
Kara's Review

Screwed is the second book in the V-Card Diaries series by Lili Valente. I loved this enemies-to-lovers, fake fiancé romance! Derrick and Harlow have mad chemistry. Some if it is left over hostility from years ago, but most of it is smoking hot attraction. Harlow needs a fake fiancé to meet her grandma and her family. Derrick happily agrees. Their hatred has thawed since they kissed and now spending the night in the same room is going to push them over the edge. Harlow is ready to get rid of her V-card and Derrick is just the man for the job. Derrick can’t believe his luck. He’s had feelings for her for a long time and now’s his chance to show her how good they can be together. As long as she doesn’t run. Will Harlow realize her feelings before it’s too late? Oh man, I love Derrick and Harlow! Their chemistry, their banter, their heat. It’s all off the charts! Another fantastic story from Lili Valente! 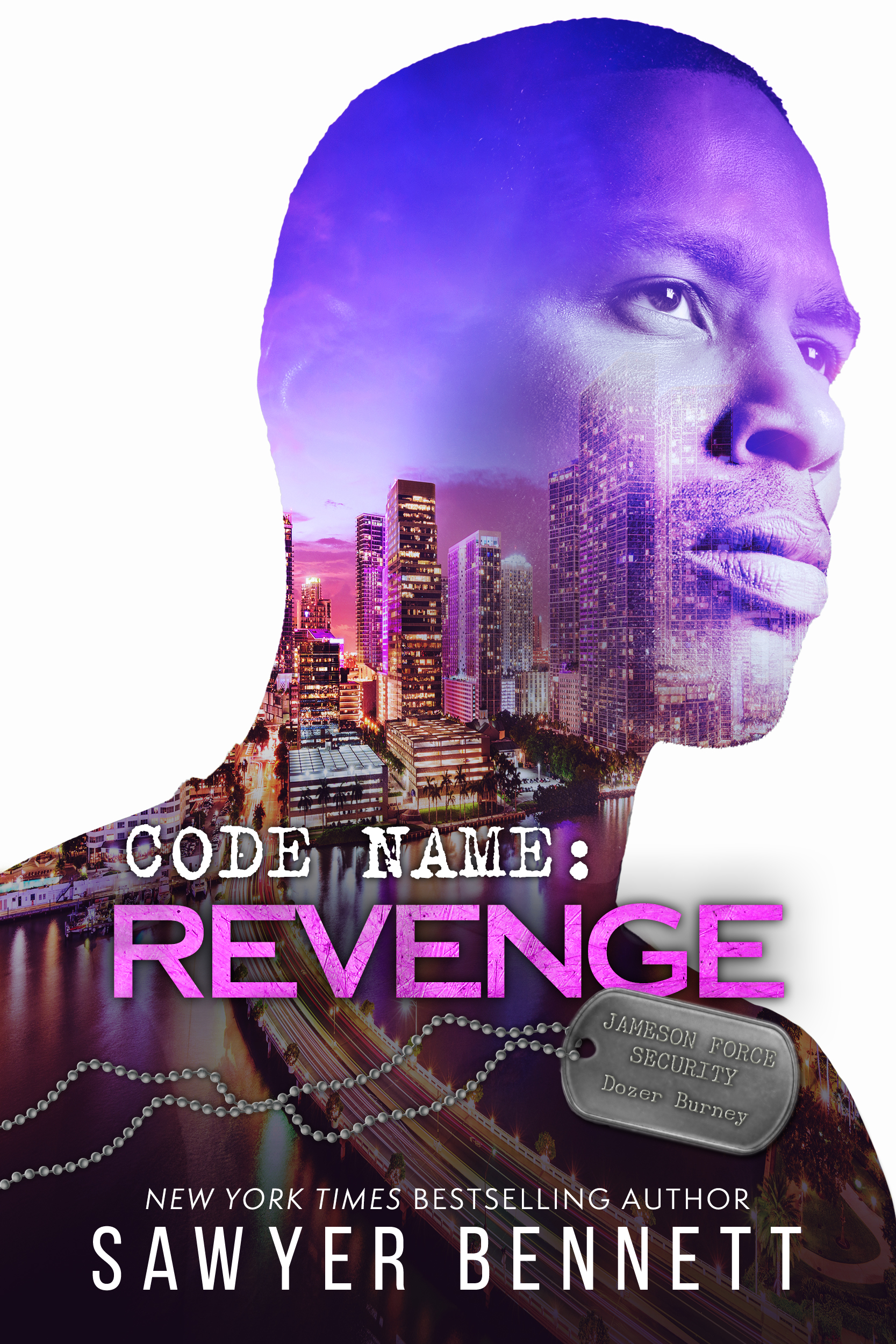 When Kynan McGrath approached me about joining Jameson Force Security, I jumped at the chance. Just call me Dozer Burney, one half of the genius duo who keeps the team at the forefront of security technology. The move from NASA to Jameson also put me back on the east coast, closer to those who mean the most to me.

Jessica Anderson has been my best friend since college. A single mom who found herself mixed up with a dangerous man years ago, she’s been living a safe, quiet life in Miami after helping police put him behind bars. We both knew her safety, and that of her daughter, was reliant on him staying locked up. So when I see an alert that he’s escaped from his maximum security prison, I know where he’s heading to exact his revenge.

Now it’s a race against time to get to Jessica before he does.

Protecting her with my life is easy, because there’s one thing I’ve never admitted to anyone, not even myself—I have been in love with Jessica Anderson since the day I met her. And if we both make it out alive, I’ll make sure she knows it every day for the rest of our lives.

Code Name: Revenge is the ninth book in the Jameson Force Security by Sawyer Bennett. You can read each book in the series as standalone but I recommend reading the series. Each book has a unique love story and I have fallen for each one. Dozer is one of the newest employees of Jameson.
Dozer was happy for all of the couples at Jameson. Love is in the air while he is single AF and totally okay with that. He loves someone but they just don’t know it. He doesn’t want to ruin the friendship they have built over the years. They are so close that he is The Godfather of her daughter, Thea. They are in Miami and he loves to visit them but when he lands there this time it is to save their lives. He won’t let anything happen to Jess. She is his family along with Thea and Claire, Jess’s mom. She might know he loves her but not in the way she thinks…
Jess can’t believe this is happening. Ivan has escaped prison and is after her. Thank God for Dozer showing up when he did and now they are at Jameson laying low. She wants this to be over with. The only silver lining is that she gets to spend time with Dozer. Their friendship means the world to her. Her feelings are complicated when it comes to the man. He is her strength and she knows he would do anything for her and Thea and that is what scares her. Ivan is a dangerous man and Dozer wants this to end now. Will he put himself in danger to save her? Will her complicated feelings become uncomplicated?
Aw! These two have a beautiful and complicated kind of love. I loved it! I could feel their connection from start to finish. I totally fell for Thea as well. She is stinkin’ adorable! I can’t wait for the next book. Bring on the K-9 unit.
Quotes:
“I’ve got a million different things I want to do to you to make you scream.”
“I could kiss you right now.”
Bebe looks at me, a warning expression in place.
I blow her a kiss instead.
“You’re stunning.”
“Of course I am,” she teases and twirls again. “But what about the dress?”
Kara's Review

Code Name: Revenge is the ninth book in the Jameson Force Security series by Sawyer Bennett. I’ve been waiting for Dozer’s story for a while and it didn’t disappoint. He’s half of the technology team at Jameson, smart, talented and no interest in being a field agent. But that doesn’t mean he’s not equipped. He’s a perfect shot, agile, strong and capable. And when his oldest friend, Jessica is in trouble, he drops everything to help her. Especially since he’s been in love with her for years. Now they have to spend time together and their true feelings come to the surface. Turns out it’s not a one-sided love. Dozer jumps in to help protect Jessica and her daughter even though it’s dangerous. He has his team to protect him and he’s going to protect Jessica with his life if need be. I loved Dozer and Jessica! I love a friends to lovers romance and this one was great! Suspense, humor, sexiness, friendship and love. I love the new guy and can’t wait for his story! 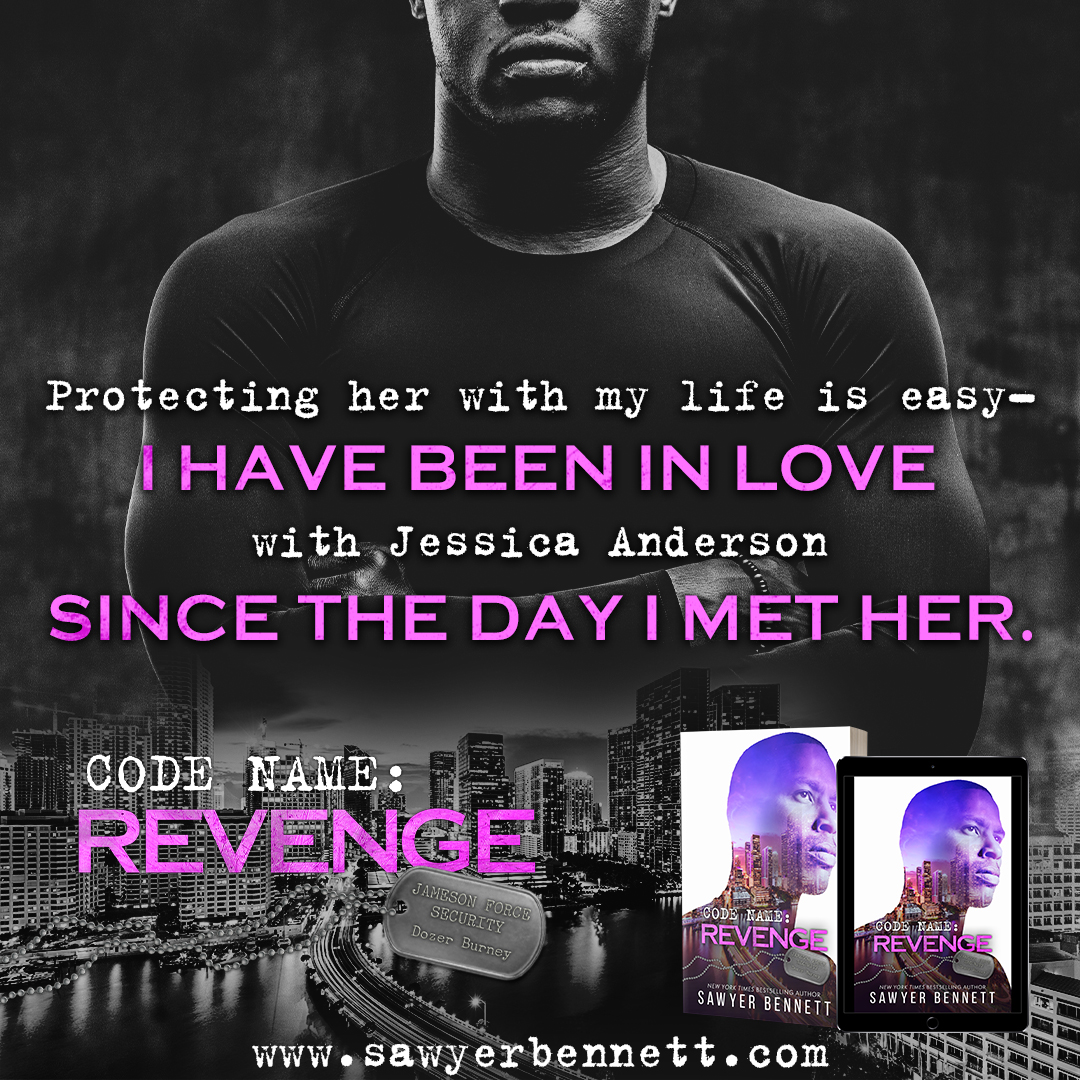 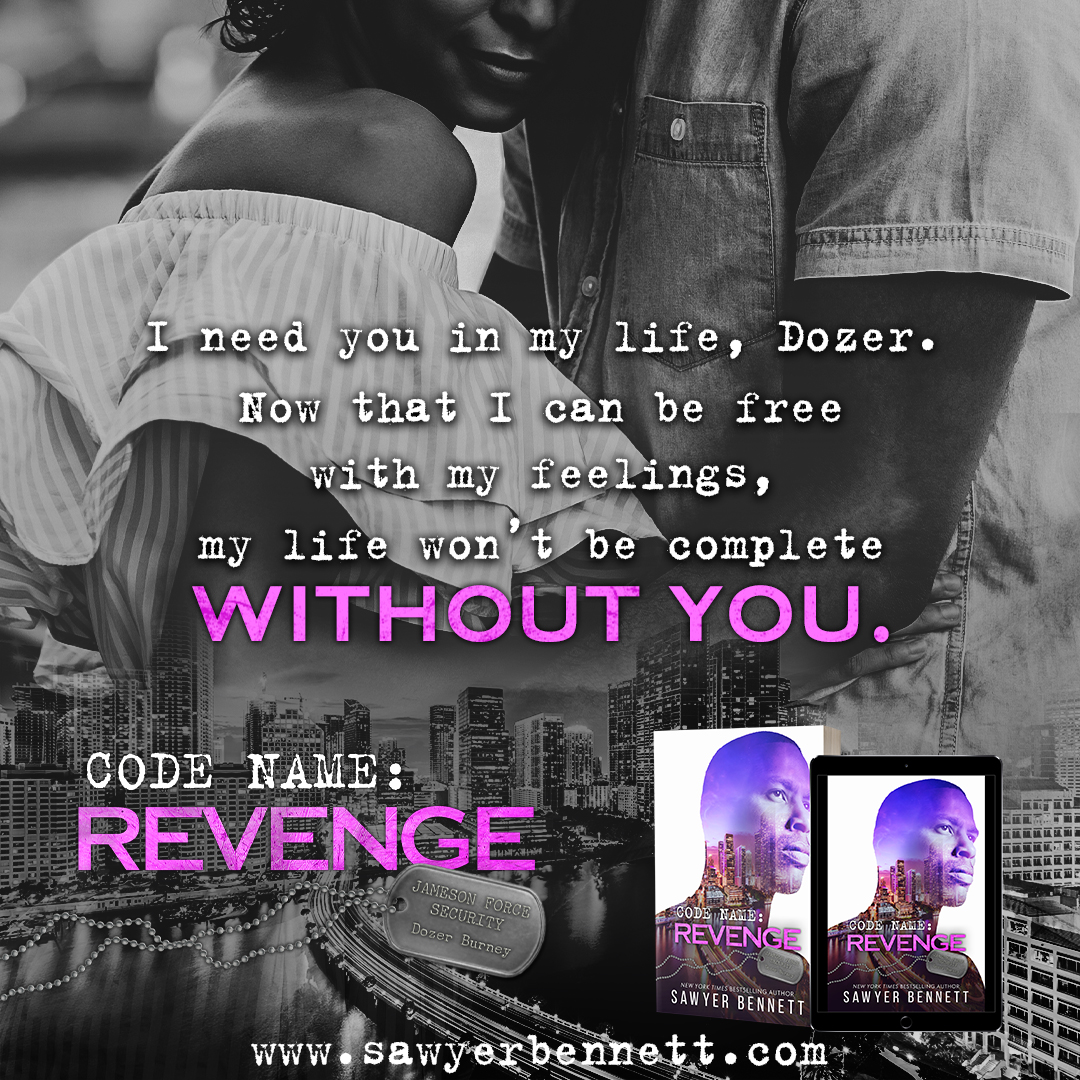 Three powerful families. Three arranged marriages. And one beautiful stranger with a secret who changes everything.

Cassidy They say family is something you’re born with. Mine abandoned me long ago. They say true love is a myth. Mine showed up as a gorgeous devil who almost killed me. I fought back. Our bodies and our hearts knew, even if our realities would never allow it.

Knox I’m one of five heirs to the Ramsey fortune and estate, a hundred acres of tropical paradise on the island of Kauai. I’m also the chosen one—a detail that’s about to ruin my life. My marriage will be arranged, to secure the alliance between families.

But when a chance encounter with a mysterious stranger literally slays me, she changes everything.

This is more than obsessive lust. It’s the kind of star-crossed love worth dying for. And it’s a risk I’m willing to take. Because settling for a future without her is no longer an option.