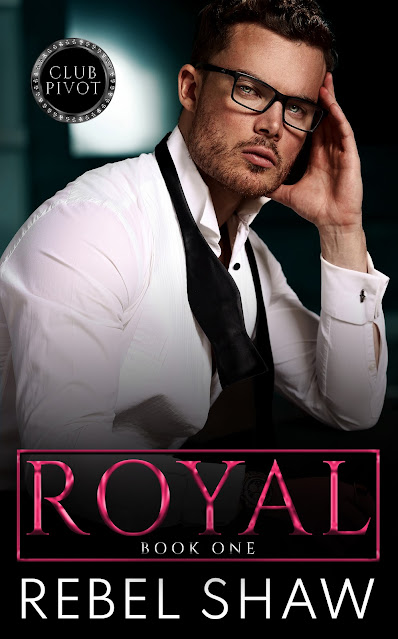 Title: Royal
Series: Club Pivot #1
Author: Rebel Shaw
Genre: Contemporary Romance
Release Date: May 10, 2022
BLURB
Finn
Falling for the nanny isn’t my style…but neither was becoming a single dad overnight.
When my three-year-old niece, Hadley, needs a guardian, I fill the role and need a nanny. Stat. What I get instead is London Ashford—an infuriating redhead who tempts me at every turn.
The harder I push, the more she pushes back. I’m someone used to calling the shots, and her insubordination should irritate me; instead, it turns me on.
My nightclub isn’t going to run itself, so I have to harness my desire for her and let her do her job—so I can do mine.
London
Finnegan Royal is charming, gorgeous, and an insufferable asshole. Not exactly my type…not that it matters. He’s my new boss.
But watching a powerful businessman like Finn be brought to his knees by his toddler niece makes me feel all kinds of things I shouldn’t.
Named one of Chicago’s most eligible bachelors, he owns the hottest club in town and can have any woman he wants, but he has his sights set on me. The nanny.
The beautiful little girl has stolen my heart, but I have no doubt her arrogant uncle would break it if given the chance. So why can’t I stay away?
ADD TO GOODREADS 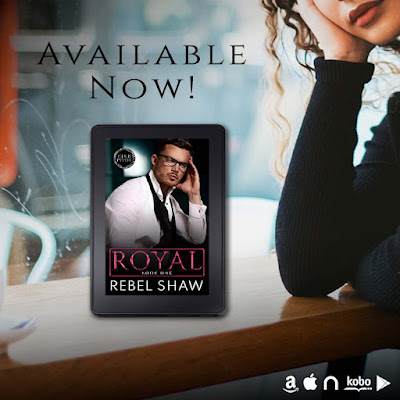 Royal is the first book in the Club Pivot series by Rebel Shaw. I love that the Lacey Black and Kaylee Ryan duo came up with Rebel Shaw! So much fun and Royal is a perfect start to their new name.

Finn is a night club owner. A bachelor. A man without strings. A man who does what and who he wants. He has exactly what he wants in life. The club. His business partner/best friend. His grandma. His brother, sister-in-law and niece. His wishes his parents were here especially when he receives a call in the middle of the night. A call that changes his bachelor life forever. He is confident in business but taking care of a three-year-old girl? Fuck no. He doesn’t know how to do this. He is lost. Thank God his assistant has just the nanny for Hadley.

London was in-between jobs so this is perfect. SHe hasn’t met her aunt’s boss yet but she has seen his pictures and Finnegan Royal is hot. Too bad at the start he is a cold asshole but she isn’t there for him. She is there for her. The precious little girl who tugged at her heartstrings the moment she saw her. Hadley needs her and she needs Hadley. The connection is there from the start. And maybe, Finnegan needs her too. He needs her to call him out of his shit, to melt his cold heart for Hadley. Hadley needs to feel the love she knows Finn feels for the little princess.

I don’t want to spoil anything so I won’t get more into the story but I will say that I loved their banter, passion, and heat. I also love as always that this duo doesn’t just have a child in the background, she is a big part of the story. I fell for Hadley. Hard. She is just so damn cute, smart, and loving. Together, these three are everything but can they be a real family? Can Finn let go and see what is right in front of him?

“I can’t tell you how many times I’ve imagined this moment. I tried not to, but no matter what I did, I couldn’t escape you.”

“I have a friend here, Finn. I’m not in the mood for your bullshit.”
Hadley gasps from her car seat. “He said a bad word!”
“Shit, is that Hadley? Can you hear me?”
“He said anudder one!”
“Jesus, Finn, take me off speaker,” Weston growls. 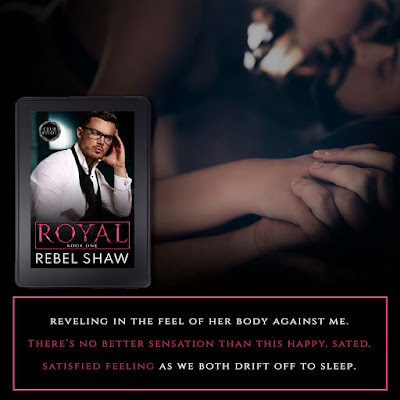 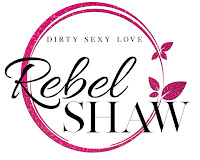 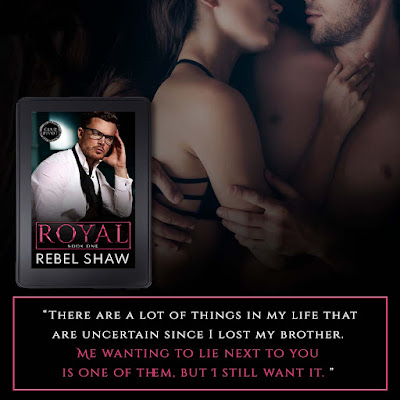 An Irish mobster with a brutal grudge. An Italian mafia princess with a dark secret.

An Irish mobster with a brutal grudge. An Italian mafia princess with a dark secret.

Brutal Vows is the fourth and last novel in the Queens & Monsters series by J.T. Geissinger. I have read many books by J.T but sadly when Ruthless Creatures released my schedule was too packed to add to my review list. I am so mad at myself for not just going for it! I usually don’t read a series out of order but when I saw Brutal Vows and my schedule was wide-open I was like I HAVE to read it, I don’t care if I didn’t read the others. I did read the Beautifully Cruel duet so I there was that. Anyway…you can read it as standalone! I don’t want to spoil anything about this badass story and it’s characters so I will make the rest short. Lol.
Rey hates the Irishman on the spot. Spider knew she was a viper from the very beginning. And he knew then…he wanted her except he isn’t the one he was there for. He was there for Lili, a sweet girl he would never love. He never expected her aunt. He heard stories about the Black Widow but those don’t even do her justice. She had a forked tongue and a body made for sin. He had to stay away from her, she was not part of the contract. Plus, he didn’t want to be killed with her lethal stare…
I absolutely f*cking loved this book! It is so addicting and full of twists, darkness, wit, and romance. I love mafia, arranged marriage, and enemies-to-lovers tropes and in this book you get ALL three! And characters who will make you hot and bothered, swoon, laugh with their wicked chemistry and banter. I really hope that one day we will see these characters again.
P.S. I have a lady crush on Rey. And of course a huge crush on Spider.
Quotes:
“You should also keep in mind that vipers are venomous…and they eat spiders for lunch.”
“Fuck, it’s hot when you threaten to kill me.”
This is the strike of the match that lit the raging forest fire. This is dark, intense, and dangerous. This is need, not want…and I don’t like it at all.

2 Spider I get only a glimpse of the woman in the window before the curtains fall back into place and she disappears, but the image of her is seared onto my retinas. Dark hair, red lips, olive skin. A black, low-cut dress. Acres of cleavage. And eyes that glittered silver in the afternoon sun like the flash of coins at the bottom of a wishing well. She can’t be Liliana, the lass I’m here to meet. I’ve seen pictures of her. She has a sweet, innocent face. A shy, lovely smile. The woman in the window looks like she’d only smile if she were slitting your throat. Mindful of the armed guards, I say in Gaelic to Kieran, “I thought the lass’s mother died?” Standing beside me, he follows my gaze and looks up at the blank window. “Aye. Why?” “Who else lives here?” He shrugs. “Dunno. From the size of the bloody place, probably a thousand people.” She’s not a servant, that much I know. There wasn’t a hint of servitude in those flashing eyes. She looked more like a warlord about to lead an army of soldiers into battle. “This way,” says the guard nearest to me. He nods toward an arched opening in the brick wall that leads from the circular driveway into an interior courtyard. Dismissing the thought of the mystery woman, I button my suit jacket and follow behind the guard as he leads Kieran and me away from the car. The other guard walks behind us. We’re led through the lushly landscaped courtyard to a set of enormous carved oak doors, flanked on either side by towering marble columns. The main house looms over us, three sprawling stories of beige limestone with elaborate balustrades and scrolled iron balconies, topped by a line of Roman centurion statues gazing down at us from a ledge on the red-tiled roof. Inside the main foyer, the décor becomes even more ostentatious. Naked cherubs frolic with hairy satyrs and woodland nymphs in colorful frescoes on the walls. Instead of one drop-crystal chandelier overhead, there are three. The floor is black marble, the carved mahogany furniture is edged in gilt, and my eyes are starting to water from the kaleidoscope glare of stained-glass windows. Under his breath, Kieran says, “Jesus, Mary, and Joseph. Looks like Liberace hurled his lunch all over the bloody place.” He’s right. It’s fucking awful. I have to force myself not to turn around and walk out. “Ah, Mr. Quinn!” I turn to my right. A man approaches with his hands spread open in greeting. He’s fit, of average height, and somewhere around forty. His dark hair is slicked back with pomade. Wearing a navy blue pinstripe suit I can tell is custom made, a powder blue tie with a diamond tie pin, a chunky diamond watch, and a gold pinky ring on each hand, he oozes wealth, privilege, and power. His cologne reaches me before he does. His smile is blinding. I hate him on sight. “Mr. Caruso, I presume.” He grabs one of my hands in both of his and pumps it up and down like he’s a political candidate campaigning for my vote. “It’s a pleasure to finally meet you. Welcome to my home.” “Thank you. It’s a pleasure to meet you as well.” He hasn’t stopped grinning or shaking my hand. Ten more seconds of this shite, and I’ll break those Chiclet teeth of his. “This is my associate, Mr. Byrne.” I extract my hand from Caruso’s death grip and gesture to Kieran, who inclines his head respectfully. “Sir.” “Mr. Byrne, welcome. And please, both of you, call me Gianni. I prefer if we’re all on a first name basis, don’t you?” I’d rather blind myself with acid, you wanker. Kieran politely offers his name. I offer nothing. There’s an awkward pause while Caruso waits, but he gets the hint and suggests we retire to his study to speak in private. After what feels like a death march through miles of echoing corridors, we arrive at the study. It’s probably larger than the law library at Notre Dame. We sit across from Caruso in a pair of leather chairs so uncomfortable, they had to be designed by sadists. I haven’t been here ten minutes, and I’m already regretting the fuck out of this. Until she walks in the door. Dark hair, red lips, olive skin. A black, low-cut dress. Acres of cleavage. Not only cleavage, but long legs and an hourglass figure that would make any man stupid with lust. If he wasn’t too busy being turned to stone by the ice in her eyes, that is. I’ve never seen an attractive serial killer, but I bet this is exactly what she’d look like. About J.T. Geissinger J.T. Geissinger is a #1 internationally bestselling author of twenty-seven novels. Ranging from funny, feisty rom coms to intense, edgy suspense, her books have sold over five million copies and been translated into more than a dozen languages. She is a three-time nominee in both contemporary and paranormal romance for the RITA® Award, the highest distinction in romance fiction from the Romance Writers of America®. She is also a recipient of the Prism Award for Best First Book and the Golden Quill Award for Best Paranormal/Urban Fantasy. She’s a Southern California native currently living in Nevada with her husband and rescue kitty, Zoe.