Cole Renzo thinks his greatest challenge is to behave for the remainder of his term at Halfway House. Until he meets his new boss, Ty Calloway, a man who ticks off every box on Cole’s list of interests.
A sought-after restorer and customizer of exotic and collectible cars, Ty had enough confidence to command what he wanted in life, until one fateful night changed everything. Almost two years later, he’s slowly rebuilding his life with great control. He’s defied the odds and works tirelessly to be the man he once was—but he still feels broken.
Cole’s candor and unfiltered personality awaken Ty’s barely-remembered desire to greet each new day with a smile, while Ty’s unwavering acceptance of Cole’s quirks and brash humor makes Cole feel as if he fits in for the first time in far too long. When a nemesis threatens Ty’s personal restoration and the things he holds dear, Cole is determined to protect their relationship, even if that means sacrificing everything he’s worked so hard to achieve.
But Ty will have to let his guard down, surrender control, and admit he needs Cole first, even if that puts himself at risk of breaking beyond repair.

A Restored Man is the third in the series, The Men of Halfway House. This is a very hard review to write because I could go on and on about Cole, Ty, Aiden, Jessie, J and Matt and the humor, tears, chemistry, fun and sexiness. I didn’t think I would like this book as much as A Hunted Man, but I did. Maybe more. We met Cole in the last book and he’s mouthy, slightly annoying and always wears a beanie, which totally intrigued me. Along with the mysterious car and Aiden. This is Cole’s story. He served time for stealing a car and Aiden hooked him up with a job working for his brother Ty, who restores, customizes and does pretty much anything and everything having to do with cars. Cole’s Heaven. When Cole meets Ty, he’s instantly attracted, but to more than his looks. There’s just something about him. Something in his eyes. It seems that Ty is the only one that isn’t bothered by Cole’s lack of mouth control, odd sense of humor and brazenness. Cole actually makes Ty laugh, something he hasn’t done in a long time. Cole fits in with the guys at the shop, but he wants to work with Ty. Something about Ty calms the noise in his head and he craves that silence. Ty is guarded and living with a trauma from his past which left him broken and bruised. He fights Cole every step of the way, but Cole’s dominance wins him over. Their banter is hilarious and their chemistry is amazing! I think I actually held my breath when Ty took off Cole’s beanie the first time. I’ve been dying to know what was under it! Cole has to overcome his insecurities and Ty needs to let go of the guilt from his past. Can these two men forget who they used to be and move forward together? Will they make it work and have their happily ever after that they so desperately want? I couldn’t help myself from wandering to Aiden’s story as I was reading. I’m very excited to hear what’s going on inside his head! And, of course, seeing Julian and Matt again was awesome! I love the bond these men have. They are a true family. We get to see more of the dynamic between Julian and Cole and Aiden and Cole. I laughed out loud more than once! I also cried! I loved this story. Don’t miss it!

They had one of those sickly sweet, always romantic I love you lick fest relationships you secretly want but would never openly admit.

“So, maybe I caused it?” Cole asked. After a few seconds, his expression changed from worried to downright wicked.

Ty raised an eyebrow, “I don’t think I want to know what thought just crossed your mind.”

Cole smiled with undeniable mischief lingering in his eyes. “Maybe I’ll tell you someday.” he said.

“Did you just sniff me?”

Cole leaned into Ty. “It’s your fault. You smell good.”

“You, my sweet, shy metal man have a certified hair fetish.”

Cole placed his warm hand on Ty’s to draw his attention. “I thought we were moving on from the eye fucking stage.”

This is the third novel in the Men of Halfway House but since each story is a different couple they can be read as standalones. But really, I recommend reading all of them because they rock. I met Cole in A Hunted Man and he was a smart ass that had no filter and came off as an ass but I knew there was something about him I liked…maybe it was the beanie.

Cole is staying at the halfway house to finish up his sentence for grand theft. He was in prison for two years and now ready to start his new life. He has worked a few jobs but because of his mouth he was never asked to come back for a second day. Now that Aiden has gotten him a job at his brother Ty’s auto shop, he was hopeful, he didn’t want to fuck this up. He loved cars and if he stayed in the straight and narrow for the rest of his term there was an award at the end and he wanted it bad. He had never met Ty but he knows Aiden well and they don’t exactly mesh so he didn’t know what to expect.

When Cole and Aiden met Ty at the shop, Cole was in Heaven. He was around restored cars, scraped cars that were ready to be made beautiful and then he landed his eyes on Ty and that was the frosting on the cake. They only said a few words but he knew he was different. He even thought his smart mouth got him in trouble with the few words but he was asked to return to start the next day.

Cole didn’t fit in with his family but he started to fit into the shop after awhile. Everyone wanted to work with him because of his skills, they didn’t care about his mouth since he could back up his work. And he also got to work closely with Ty and they just clicked. Ty liked Cole’s attitude and how he would have witty comebacks. It was refreshing to have someone around that could make him laugh again. And flirt. He felt comfortable around him and after the accident he was in two years ago he never felt that way around anyone. And when someone was making trouble for him, Cole was right there for him even if it could get him in more trouble and risk his freedom.

I loved Cole and Ty’s story! Each novel in the series is different. Yes, they are about men in a halfway house but they were different. Cole might seem tough but Ty has a way to calm him and bring out the witty, sexy and yes smart ass but in a good way. The best way. And Cole doesn’t even know what he did or why it was him but he brought Ty back.

Overall, it’s a story about finding that one person you can be yourself around. They see the scars you have on the inside and out and will be there no matter what. I laughed many, many times and cried on a few occasions. I highly recommend reading it. And can’t wait for the next book!!

“You’re not defective. You’re different. That makes you special.”

“You have issues? Then that boy has subscriptions.”

“Fantastic Four,” he finally said, looking up at Ty. Ty stilled and dry swallowed, his gaze fixated on Cole’s underwear. He recovered relatively quickly and grinned. “Four?” Cole zipped up his pants and grinned. “I can guarantee you…that is absolutely no reflection of what they’re guarding.” “What would be appropriate?” “Iron Man,” Cole deadpanned.

“I swear. I’m getting you the biggest, ugliest rubber boots I can find.”

“I thought those were the service bays,” Cole said, thumbing over his shoulder.

“They’re for the traditional shop work my techs do on a daily basis. These are my service calls. Side project I’m doing and there’s no money in it for the guys so I don’t really want to burden them. I figured we could work on them and, in between, we could tinker with the Yenko if you want or wrap up the last few details on the Drayton rig. I worked on most of it over the weekend but there are still a few things to finish up.”

Cole stopped walking. “You’d let me work on the Yenko with you?”

Ty nodded. “Sure, why not. I’ve seen how picky you are with your work.”

“So it’s my reward for helping you with your service calls?”

Ty chuckled. “Do you do tricks too?”

Cole raised an eyebrow and half smiled. “Oh, I’ve got a lot of tricks I can show you.” He smiled at the rush of color to Ty’s cheeks, loving the way Ty always reacted to his teasing.

“You do realize you’re an HR nightmare,” Ty said, looking at Cole with that glimmer in his eye.

Cole belly-laughed so loud it echoed in the shop. He then stilled, straightened his shoulders, and mocked a serious tone. “I could, of course, be completely professional and proper with you, Mr. Calloway, if that is your preference,” he said, mimicking Matt’s formal tone.

Ty turned to face him, the mock seriousness transitioning into something more genuine. “And I, of course,” he said, reciprocating Cole’s tone, “would be deeply disappointed.”

He looked up into those brown eyes and smiled. “My army of superheroes and I would be as well.” He bit back a smile and bowed.

Ty raised his hand and put his thumb and index fingertips together with only a sliver of a gap between them. “Maybe a little bit.”

Cole looked at Ty’s fingers then glanced back at him with a huge grin on his face. “It’s a start,” he said before walking off to the two cars parked in the bay. 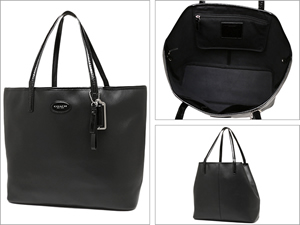 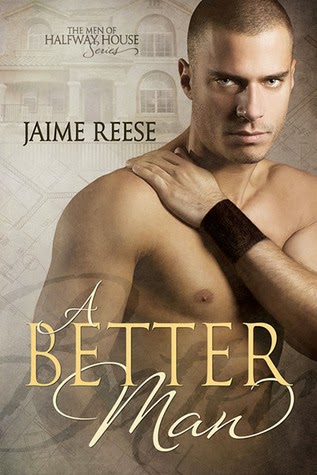 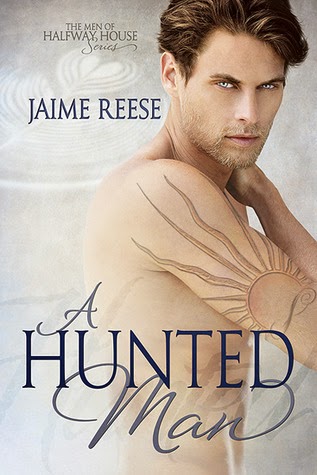