After eight years, Henley Calvert is headed home. Back to the family farm and small town she left behind, never to be thought of again.

Too much regret and shame to bear.

But she’s the only one left to see to her family’s legacy, so she must return to Ashfall and face all the ghosts that haunt her.

Gatlin Holt, the family farmhand, awaits her arrival, and lends a hand—in more ways than one. He reacquaints Henley with the lay of the land while helping her heal her soul with a new outlook on life.

Yet every time she thinks some peace may be within reach, Henley hits another roadblock. The biggest of which is Keaton Cash—her childhood nemesis who owns the farm next door.

And no, it’s not a love triangle. That’s impossible when Henley’s heart is closed, incapable of love. 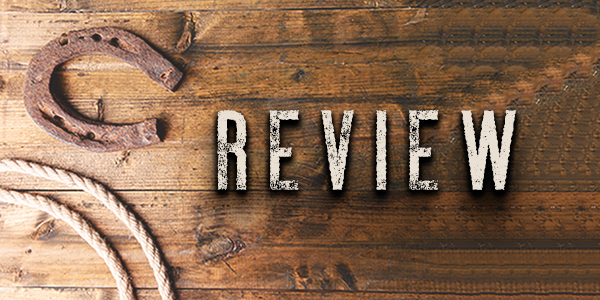 S.E Hall has done it again! She wrote a book that hooked me in from the very beginning and stayed that way until the very end. I know when I read one of her books that it’s going to be a crazy beautiful ride! This is Henley’s story…
Henley hasn’t been home in eight years. She was seventeen when she said goodbye to Ashfall. She was living in sunny San Diego when she got the call that it was time to come home and make some life-changing decisions. The minute she steps into the town she called home she felt shame and guilt. She didn’t get to say goodbye to her mother. She never got a chance to ask for her forgiveness. And she definitely doesn’t think that she deserves the family farm even though she is the last one standing. In the last eight years she built up a wall around herself and doesn’t want to let anyone in. She had no idea that there would be two Cowboys when she got home that would be trying to break it down. Her farmhand and Keaton Fucking Cash…
Henley and Keaton have been neighbors since they were kids. Ever since the day Keaton met Henley he has known how to push her buttons. And even though its been eight years, it’s like they were never apart. He still knows exactly what to say to set her off and he loves it. He loves seeing feisty Henley is back. He knew she would be back one day but not under such sad circumstances. He wants to help her around the farm but she doesn’t want his help. She doesn’t need it. She has Gatlin for that. The farmhand that took her by surprise in a few ways. She actually feels comfortable around him from the start, and he seems to know exactly what to say when she needs some motivation. Even when it comes to Keaton, her past nemesis that she wants to loathe but can’t. He is being too damn sweet, and it doesn’t help that farming has made him sexier than ever. She doesn’t even know if she could trust him but he is determined to let him in.
This is a love story but it’s also a journey for Henley to find herself and figure out where exactly she belongs. Her path has taken her home for a reason and now she has to decide if she can stay in Ashfall with all of her memories. The good, the bad, and the ugly ones. Gatlin is there to show her the ropes and for his amazing monologues. Keaton is there to protect her like he always has, show her that she is stronger than she believes, and to surprise and wear her the fuck out at every turn. It’s a beautiful and heartbreaking journey of self-discovery, friendship, and love.
I love Keaton, Gatlin, and Henley! Keaton is protective, sweet, funny, and damn sexy with his alpha cowboy ways. Gatlin is always there when Henley needs him, insightful, and one sexy cowboy. No of course there is Henley. She has been through so much over the years but she is still standing. She is beautiful inside and out, smart, and fucking sassy.
Overall…it’s one of my favorite S.E Hall books! It’s beautiful, funny, emotional, and sexy! I didn’t want it to end.
Quotes:
“You gonna come over here and meet your horses, or stand there and fuck me with those baby blues all day? I’m fine with either, just thought I’d ask.”
“Hey, Romeo,” I snap my fingers. “Quit watching so much Lifetime, there stud. You’re killing your whole ‘I’m the man’ vibe.”
“You wanna play cowgirl, I got something you can ride anytime you want.”
Kara's Review

Is it possible to be a superfan? SE Hall is one of my favorite authors. She delivers exactly what I need every time. Fantastic writing, complex characters, laughter, tears, suspense and heat. Henley has returned home after eight years. She’s not happy to be home, there are too many bad memories there. But, she’s the only one left and someone has to take over the family farm. She’s not sure she can do this. Walk back into town and wonder if everyone is pointing and staring. When she meets Gatlin, the farmhand, she starts to believe she can do this with his help. He’s quick with a helping hand and a monologue full of wise words and heart-felt advice. Then she’s reminded who lives next door. Keaton Fucking Cash. She’s afraid he’s going to want to buy her farm and that is not going to happen. After a few run-ins with the sexy Keaten, she starts remembering that he was always there for her growing up. She never knew how he felt, even though she felt the same. It wasn’t meant to be. He was supposed to be with someone else. He has a lot of things to say to Henley, mostly that he’s not going to let her get away again. He’s going to make her see that they are forever. He’s going to be there for her every step of the way. Even though she doesn’t want his help. She has to prove to herself, Keaton, Gatlin, and the town, that she can do it without their help. But, a few dreams point her in the direction of forgiveness. She learns to ask for help. To trust in herself. To let go of the past. To believe in love and happily ever after. To believe in herself. I loved this story! Henley made me laugh and cry! I loved her strength and her big heart. Keaton loves her something fierce. He’s not just sexy. He’s smart, dedicated and isn’t going to take no for an answer!

“I can be both, Hen. Your best friend and your man. I can be everything you need.”

“I assure you, Darlin’, my trigger is anything but quick. In fact, you’ll squeeze yours off multiple times before I even cock back my hammer.”

“You’re being a chauvinistic pig.”

“No, Keaton. I was bored and thought I’d come play ‘tag’ with ‘em for a little while.”

“Then you’re doing a helluva job, ‘cause they’re fixin’ to tag ya back.”

What’s he blathering about now? I turn and look…but refuse to sigh or show any sign of defeat…that some of the cows, are in fact, wandering back into the field I just shooed them out of.

Really? I seem to remember—open the gate to where the food is—they’ll go. So why they’re not cooperating now, in what has to be the first time since Noah let two of them on the Arc, has to be some weird conspiracy just to embarrass me in front of Keaton.

“Let me help you,” he says too kindly, moving to do so before I can refuse.

He uses his hat to swipe at the few remaining anarchist cows, sending them on their way. And Lord knows why, but I take a moment to peruse him…see just exactly how he turned out, physically anyway.

Hair still as black as the Stetson in his hand, jeans still as tight as he’s always played his cards to his chest. Every movement precise and purposeful, nothing wasted, just like he’s always been: good at everything.

Except recognizing value in the most valuable.

Back in the day, he’d been the boy to watch. A football star, a rodeo champ…and watch them they did—every girl in town.

S.E. Hall, lover of all things anticipation and romance, is the author of The Evolve Series: Emerge, Embrace, Entangled, Entice, Endure and companion novellas Baby Mama Drama and Guide for Tools Looking to Date My Daughter by character Sawyer Beckett. S.E. also wrote the stand-alone Finally Found novels Pretty Instinct and Pretty Remedy. Her co-written works include The Provocative Professions Collection: Stirred Up, Packaged and Handled 1&2, One Naughty Night and full-length, standalone novels Matched and Filthy Foreign Exchange with Angela Graham as well as Conspire, a romantic suspense, written with Erin Noelle.

S.E. resides in Arkansas with her husband of 18 years and 3 daughters of the home. When not writing or reading, she can be found “enthusiastically cheering” on one of her girls’ softball games.

Enter to win a Signed Paperback of Unstable!