Enter to Win a
Print Set of TAINT & TRYST 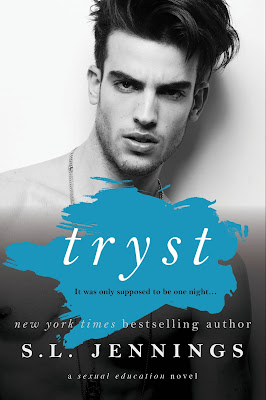 From New York Times bestselling
author S.L. Jennings comes another scandalously sexy, incredibly hot story
about a woman who knows what she wants…and the two men who are dying to give
her what she needs.

Heidi DuCane is a
tough-as-nails publicist with a passion for success and her husband Tucker.
While they’re polar opposites, what they do have in common is a fierce love and
commitment to each other. But their relationship-in and out of the bedroom-will
be put to the ultimate test.

Rock superstar Ransom Reed is every woman’s fantasy, including Heidi’s.
When she meets Ransom, she shares a wild night with him where Heidi gets to
play-and Tucker watches, and enjoys, the pleasure Ransom gives Heidi. Though
Tucker was a willing participant, Heidi still can’t help reeling with guilt.
There’s no doubt that she loves her husband. While Tucker is the perfect
lover-generous, attentive and gentle-she needs much more. She needs the
mind-blowing ecstasy Ransom offers.Tucker isn’t blind to the fact that Heidi has unconventional needs which he
can’t satisfy. He loves his wife and will do anything to please her The night
he watched her and Ransom was so scorching hot amnd Tucker can’t stop thinking
about it. He decides he wants to join Ransom in pleasing Heidi. But as Tucker
and Heidi soon realize, it’s not just the sex that is enticing. Heidi felt
something within her awaken, and she felt so deliciously sated and loved by
both men. Tucker felt it too, and he finds it impossible not to want that
feeling again.

Ransom and Tucker satisfy a need within Heidi. And now that she’s had them, she
can never go back to the way things were before.

I loved Taint, so I was excited to read Tryst. I love SL Jennings and her writing. I’d gladly read her grocery list. She just has a way with words that’s perfect. Heidi had a wonderful husband and life, but something’s missing. She’s been trying to get her husband to give her more in the bedroom, but he wants to just make love to her. Sweet and nice and she wants something else. One night, she meets Ransom who just happens to be on her “list.” You know the one. We all have them. She’s floored when her husband agrees to watch Ransom fulfill her sexual fantasy. Watching her husband watch her is the hottest thing she’s ever seen. She doesn’t think she’ll ever see Ransom again, but when she does, something inside her sparks. She can’t get him out of her head or stop her skin from burning just at the thought of him touching her. Will she cross the line of her marriage? Will the guilt be too much for her? There are twists and turns that I didn’t see coming and uncomfortable situations. It’s a little frustrating at times and I wanted to smack them all, but the hotness made up for it. Who would have thought that not touching would be such a turn on? Where’s my fan?

He’s watermarked my heart, and not he can read me like I’m splashed across the front pages of The Post.

Justice is what a woman would deem panty-dropping fine. The man is sex on a stick, covered in rich chocolate and rainbow sprinkles.

I read S.L Jennings’s novel Taint and loved it so I was excited when there was going to be another standalone tied to Mr. Justice Drake. Yum….

On the outside Heidi had the perfect life. She is the top Publicist in New York and married to the perfect husband. Too perfect and that is the issue. Tucker is professional, handsome, loving, supportive, safe but he is also predictable and after 10 years, Heidi finds they are in love fells flat…

Tucker is an amazing lover and whispers sweet nothings but he touches Heidi like she is made of glass when she craves him to break her. She needs him to f*ck her like he hates her, to feel that raw passion. And when she connects eyes with her potential client, rock star and man on her Fuck It list, the one and only Ransom Reed she feels that he is a man that can break her over and over again. Then when a game that night goes too far, she finds out more about herself, Tucker and Ransom but did it just tear part her marriage or make it stronger?

Heidi goes through a rollercoaster of emotions after that night. She was surprised by Tucker’s actions and the surprises just keep coming. The three of them need to get away so Ransom can get some much needed rest and since Heidi needs to help she and Tucker take him to Oasis. Once there things heat up and emotions are high between the Heidi and Tucker and Heidi and Ransom. She doesn’t know what she wants and Tucker just wants her to be happy. What if Tucker can become that man that Heidi craves? Can their marriage go on with Ransom in the picture? Is Tucker as perfect as Heidi believes he is? And a can two broken people fix each other?

Ok…so this book was definitely one big rollercoaster ride. I seriously wanted to slap both Heidi and Tucker for different reasons, I also wanted to slap Ransom but then kiss him. He was a complex character that I wanted to get to know better, he was also very sensual and emotional. And the hotness factor was high, the chemistry was amazing. And I even though Drake was in the background I got hot and bothered anytime Justice Drake was in the room. Damn…that man.

I also like reading about married couples, it’s different but real. They have issues but want to fight for the relationship. This couple wants it to work but need to figure out how and if they still have fight in them to do so.

Overall…it was sexy, wild and thought-provoking. Would you really be with someone from your F*ck It list?

It was no simple, rehearsed performance. Every note was a raspy moan on the back of his throat. Every lyric was a threat of pain, violence, and pleasure so deep and fulfilling, it should be illegal. And every movement of his hips was a jolt of adrenaline straight into my core.

I want that beautiful violence.

He shows me the beauty in chaos, the grace in all this filth and sin.

“I dare
you…to let me touch your wife.”

An
audible gasp escapes my kiss-swollen lips and turn to Tucker, awaiting his
wrath. He returns Ransom’s intent stare, his expression unreadable. Yet, the
younger man doesn’t back down, cocking a challenging brow at Tuck’s silence. He
remains unmovable, a master at the art of restraint from his years as a shrink.
No doubt he’s had to answer some odd questions, but never any involving his
wife.
“I
don’t let Heidi do anything. She has
her own mind…her own body.”
“So
maybe I should be asking her.” A sinister smile on his lips, Ransom angles his
focus on me. “Heidi, would you let me touch you?”
My
first reaction is to say no—hell no.
But Tucker quickly grasps my knee, capturing my attention.
“This
is what you want,” he whispers. “He…is what you want. And I can accept that.
This is your fantasy, baby. Let me help you make it come true.”
I
search his face, waiting for him to break into laughter, but he’s completely
serious. My husband is telling me to let another man put his hands on me—his
wife. This isn’t right. This isn’t what married people are supposed to do. But
even as that rational part of my brain lists all the reasons why I shouldn’t
allow this to go any further, my body is already tingling with anticipation. My
face and chest are flush. My nipples harden in exhilaration. And my mouth
waters with the prospect of tasting Ransom’s skin.
Oh,
God. I do want this. And now the
decision is mine and mine alone.
“So?”
Ransom asks, awaiting our fate.
Say no.
Say no.
Grab Tucker’s hand and get the fuck
out of here. Go home and make love to him. Let that kind, good, gentle man be
enough.
Once
again, Ransom Reed steals the truth from my lips, forcing me to abandon all
decency and sanity. Making me take the sanctity of my marriage and soil it with
my own slick arousal.
In one
single breath, I shatter ten years of devotion, trust and love. And although I
know what I’m destroying by lighting this fire, I can’t do much more than stand
back and watch it all go up in flames.
“Yes.” 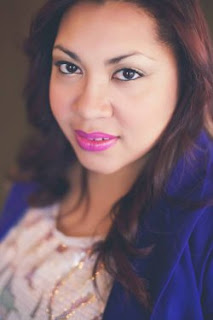 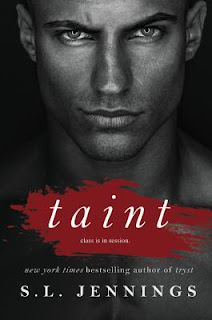