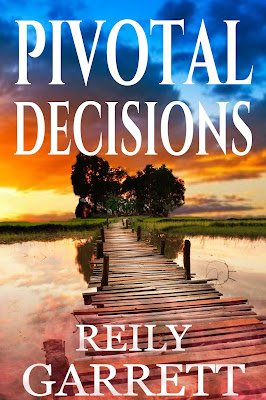 She carries a gun for a living…

yet never expected to become a target.
Sabine’s early morning hike ends with discovering her friend sitting in a chair by the canal and gazing at the sunrise. Peace and serenity pervade.
Except, he’s dead.
To discover the how and why of his murder, she must first survive the shrewd killer intent on removing human collateral and obtaining unique technology that could change the course of mankind.
Coyote Waylin hasn’t set foot in the Everglades for six years, not since the night he broke his brother’s jaw and saved their sister’s life. After receiving a desperate call from his sibling, he rushes south to untangle a web of murder and intrigue.
Together, Coyote and Sabine sort the snarled web of lies and deceit while struggling to maintain their personal space. Failure to thwart the ingenious killer could result in untraceable mass murders spanning the continents.

Prologue
Death, like reality, comes in layers.He was a scientist. Confidence and conviction in facts with distinct slices of possibilities for future endeavors kept him focused and thinking forward.
To delve into the mind and alter the truth as one knew it, everything they touched, heard, saw, and perceived, was his bailiwick. The realm he’d perfected.
Yet at the moment, confusion submersed him in a world he didn’t recognize. Scenes flashed not just before his eyes, but encompassed his entire existence and touched every sense. How could he discern reality from illusion?
He remembered sitting at his desk in his home away from home. Then a noise. A flash of pain in his head. Someone laughed as they threatened him, demanding his precious work. They spoke with ruthless assurance as they penned a note and stuck it to his chest.
Yet he wasn’t dying, nor did he feel the impending doom of a gun to his head.
What he did feel was the briefest flicker of pain flashing through both lower legs before dissolving into thousands of pins-and-needles sensations. Warmth flooded his brain, followed by a tranquilizing calm soothing his anxiety. Wasn’t that his area of expertise?
Muddled and conflicting sensations diminished with the tingling heat spreading throughout his chest and permitted a deep breath. Phantom shadows of panic receded to the periphery of his thoughts, pushed out by increasing perceptions of rightness that shouldn’t exist in his world.
His mind struggled to remember what he’d intended to do. He’d intended to remove his VR goggles to make an adjustment, hadn’t he? Then why did the softness of his mattress beneath his thighs feel so right? He didn’t have a bedroom in his satellite office.
His feet weren’t chilled from the cool tile floor, nor did he recognize the setting from his bedroom window.
He lived in a modest contemporary rancher with his wife, newlyweds of less than a year. Their cozy structure was surrounded by two acres of St. Augustine Grass. The closest neighbor enjoyed a Spanish Revival house with a low-pitched tile roof, half-round arched doors, and windows with adobe brick.
He saw none of it.
Instead, miles of beautiful flowerbeds with blooms that shouldn’t appear in December sprawled over lush hills, another topographical feature absent from southern Florida. Despite conflicting perceptions, he couldn’t muster the energy to tear his gaze away. Inability to turn his head soon lost meaning in the wake of the bouquet of scents wafting through the open window.
He knew the soft, sweet taste of each blossom as if they rested on his tongue, sweet with a tinge of some exotic spice. Bird song encouraged him to linger and ignore unpleasant sensations of forced immobility. There existed no obvious reason to move or feel concern.
A slight breeze ruffled his hair, its warmth another source of soothing calm. He hadn’t been wearing his glasses, yet could see flowers glistening with morning dew in crystal clarity, the fine stamens stark against the velvety texture of each petal. The pad of each fingertip tingled with their softness despite the distance that lay between him and the outdoors.
Every cell of his body felt cocooned in a warm fuzzy blanket.
Nirvana was confirmed as his mind flashed to a different landscape, yet it didn’t appear to be a dream. Everything felt so vivid, so real.
Before him, the soft ocean surf lapped at his feet, the sand warm between his toes and the gentle susurration a colorful melody. Pungent scents of salt and copper filled his nostrils and he briefly held his breath until it passed. Calm, balmy breezes whispered through nearby feathery palms and whisked the unpleasant aromas away.
If he died and was lucky enough to see pearly gates, this was where he wanted to stay. Life’s concerns drifted on a sea of contented bliss.
He briefly closed his eyes in ecstasy. The sudden spray of salt water against his cheek snapped them open to look over the deck of a large ship. The rolling motion forced him to grab the railing to either side of him and clutch tight. Knowledge that there should only be one rail before him didn’t prevent his grasp for dear life.
Something tugged against his legs and belly. He thought to rub it then decided it unnecessary as his spirit drifted above the beauty of roiling seas below him.
A peculiar numbness infiltrated his lower legs, followed by a lightheadedness not overcome by the pleasant tingling at the base of his skull. He rarely felt the bite of cold under his skin in southern Florida.
Perhaps he’d take a nap and let the strange sensations pass. 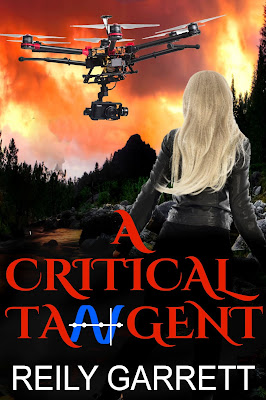 Pivotal Decisions is the second book in the Moonlight and Murder series by Reily Garrett. I have read a few of Reily’s series’ and I always know I will be in suspense and being shocked with the the twists. And it will have a twist of romance. If you read A Critical Tangent then you have met Coyote as Nolan’s hilarious partner and friend. Well, this is his story.
Coyote hasn’t step foot in his hometown in six years. He walked away and didn’t look back. He wasn’t sure if his family had forgiven him what had done. So, when his younger brother, Augie called for his help, he was on his way. To solve a murder of a friend that was more like family. What he didn’t expect was her. Sabine. The girl who intrigued him even back then and even more now. She carried a gun for a living and was all badass and sass.
Sabine crushed on her best friend’s brother as a teenager. She thought she was over it but clearly she wasn’t after seeing him again. But now was not the time for a roll in the hay. It was time to find a killer. And it wouldn’t be easy especially with the way her friend, Jinx was found. It was no amateur who did that to him. And now, that Jinx was gone there were so many questions. Why? And what were they looking for? It was definitely something to do with VR since that was what Jinx was working on. But who knew about Jinx’s secret projects?
It was time to solve a murder before there were more bodies. Bodies that would end up in the swamp if the gators had anything to do with it. Will the combined efforts of a ragtag group get the answers they needed before it was too late?
I thought this book was full of suspense, laughter, badassness, fun, and love. The group’s personalities blend amazingly. The women are hilarious and the men are protective. Both are ready for battle and want to keep everyone safe. I am not sure who is getting the next story but I do have a feeling and if I am right, it’s going to be some ride.
Quotes:
“Sabine, if you don’t stop, I’m going to handcuff you.” Cooling night air against his back did nothing to curb his rising lust.
“Yes, finally! Fur lined? If not, ‘s okay. I can deal.”
“Who’s a good boy?”
“If things get hairy, will he stay put?” Keiki asked.
“Yeah. He won’t like it, but he will.”
“Are you sure, Sabine?” Nolan asked.
“He’ll follow direct orders.”
“At least someone will,” Coyote grumbled.
“Keep giving me commands and you’ll be the one wearing a shock collar, but not around your neck,” Sabine grumbled.

a Rafflecopter giveaway
HOSTED BY: