The Protectors #7
By Sloane Kennedy
Hosted by Jo&Isalovebooks Blog. 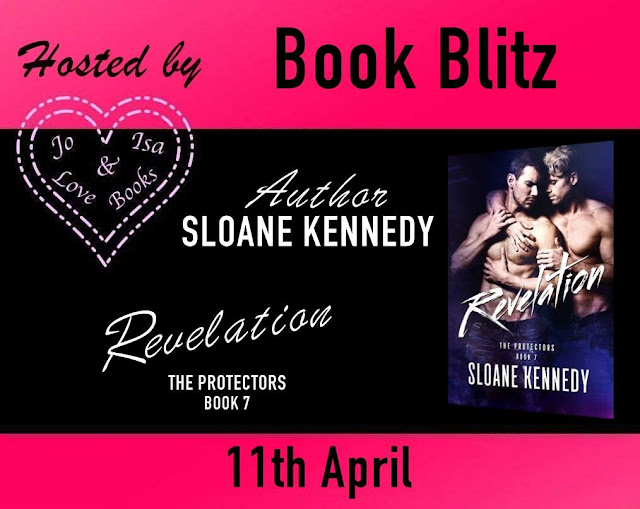 “I trusted once. I won’t make that mistake again…”
An ugly childhood and devastating betrayal have left 25-year-old Cain Jensen scarred inside and out. Protecting himself means keeping everyone at arm’s length and protecting others means never getting emotionally involved. In the three years since he’s joined an underground vigilante group, every life he saves helps ease the guilt of the ones that were lost to him so long ago. So when he’s sent to a remote cabin in the Cascade Mountains just north of Seattle to follow up on the disappearance of his boss’s co-worker, his only thought is to see that justice is served, no matter what the circumstances.
But nothing he’s ever experienced has prepared the cold-hearted and very straight Cain for who he finds on that mountain…or the intense need to suddenly offer more than just protection.

“I’ve finally managed to break free, but I’ve never felt more trapped in my entire life…”
Ethan Rhodes has been running for six months, but it’s never fast enough, it’s never far enough. At 30 years old, the talented ER Doctor should be spending his days saving other people’s lives, not worrying about his own. But he knows that the four years of physical and emotional abuse he’s suffered at the hands of his volatile ex are nothing compared to what will happen when Ethan runs out of places to hide, especially after taking something from the man he once was sure would be the love of his life.
A violent episode that has Ethan narrowly escaping death leads to a quiet cabin in the mountains where his battered body will have time to heal before he and the young girl relying on him need to run again. But everything changes with the arrival of a mysterious stranger who threatens to give Ethan something he’d finally accepted was gone forever…hope.

“I didn’t see this coming. I don’t think he did either…”
To get to the truth, Cain must first get through Ethan’s defenses, but watching the other man’s walls start to come down forces Cain to face his own past. And as the tremulous connection between the two men grows and gives way to something more, both will need to decide if they’re willing to risk giving each other the one thing that has cost them so much in the past…trust. 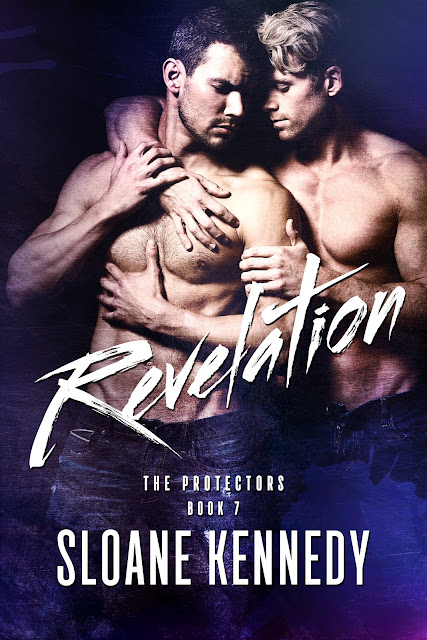 Revelation is the seventh book in the Protectors series by the immensely talented Sloane Kennedy. I’m at a loss for words to express how much I love this author and her words. She keeps getting better and better. Introducing us to characters who are strong, vulnerable, sexy, haunted, loving, scared and full of secrets. Her writing always takes me on a journey I never knew was possible. It’s not hearts and flowers. It’s not light and easy. But, it’s always gripping, emotional, sexy, and satisfying. These group of Protectors aren’t for the faint of heart. Their job isn’t easy. They’ve all overcome horrible, tragic pasts only to come out the other side and find their forever loves. But the journey is always tough to read. Revelation is Cain and Ethan’s story. We’ve met Cain before. He’s very secretive and he absolutely does not like to be touched. It’s not a small thing either. It’s a deadly decision to even think to put your hands on him. No one knows a lot about him, but Ronan and he’s about to assign him to a new case. Cain has no idea that his life is about to change. Ethan is broken and battered, but he’s not down for the count. He still has fight left in him and he’s not going down without a fight. When Cain sees Ethan and realizes it’s worse than he thought, he’s instantly more than just his protection. There’s something about Ethan that calls to him. Yes, he needs to protect him, but he also needs him and he wants to be needed. Cain has never been attracted to men, but Ethan’s green eyes are his undoing. He’d not only give his life to protect him, he’s not sure he can ever let him go. Ethan has never felt for anyone the way he feels for Cain. It’s not just because he’s protecting him either. It’s on another level. He can’t stop the way he feels and not knowing if Cain feels the same way is painful. Can Cain reveal his secrets and let Ethan help him overcome his fears? Will Ethan always have to be on the run to be safe? I loved this story! It was very tough to read. There’s a lot of triggers, but it’s worth it to see these broken men come together and heal each other. Tragic circumstances brought them together, but love will keep them together. I always knew Cain needed a hug and Ethan was just the man to give it to him!

We were just two people finding in each other what we couldn’t find in ourselves.

“Blue,” he said softly as his gaze held mine. “Soft, pale blue that looks almost silver.” His thumb skimmed the skin next to my eye and I instantly knew why he was looking into them so intently.

“I want to change my answer.”

Another round of tears threatened as I settled my hands on my lap to try and cover my flaccid cock. I kept my eyes on the ground as Cain got the shower going. A sliver of relief went through me when I saw that the owner of the cabin had installed a handrail in the shower. Which meant even if I needed help getting into the shower, at least I’d be able to stand on my own once I was in there.

And that meant only another minute or two of humiliation and then I’d finally have a few moments to myself to try and pull it together.

That was my thought.

Reality, as usual, turned out to be a cruel bitch.
Because as soon as I latched my hands on the rail and Cain removed his arm from my waist, my knees buckled. I would have hit the tile had Cain not had the reflexes he had.
I lost it at that point. I was just done.
Utterly done.
The sobs crawled up from my belly so painfully that no amount of wishing them away would have mattered.
I had nothing left.
I stood there, naked and broken with water raining down on me and finally wished Eric had finished what he’d started yesterday.
He’d won.
Even if I was still pulling oxygen into my lungs, he’d won.
I let my knees buckle hoping Cain would just let me slide to the ground and leave me there in peace, but I wasn’t that lucky. I waited for him to pull me back out of the shower, but he didn’t. Nor did he say anything. I was barely aware of him shifting his body a few times, but I didn’t have the energy to look at him or even beg him to leave me alone.
All I had was grief.
Grief for everything I’d lost. Grief for the man I’d once been…that foolish, stupid man who’d walked blindly to the gates of hell and begged to be admitted.
Cain finally moved me, but it wasn’t to help me out of the shower. No, it was to move me forward, and to my disbelief, I felt his big body pushing up against me as he climbed in with me, fully clothed.
A new round of wracking, painful cries erupted from my throat at the gesture and I wanted to both tear myself away from him and lean back against him at the same time.
“Shhh, just let it out, Ethan,” Cain whispered and I swore I felt his lips against the spot where my neck met my shoulder. “I’ve got you.”
I shook my head because I couldn’t let myself believe that.
That he had me.
Teasers 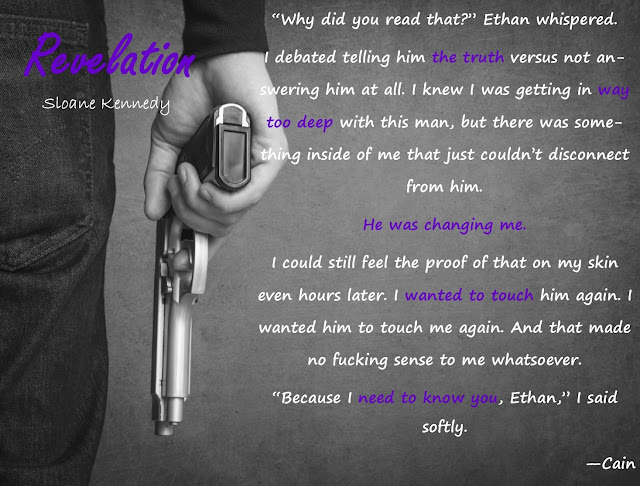 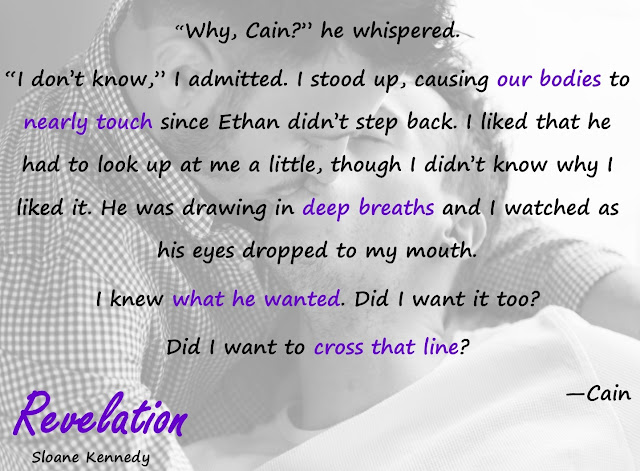 Other Books In the Series.

ALL ON KINDLE UNLIMITED