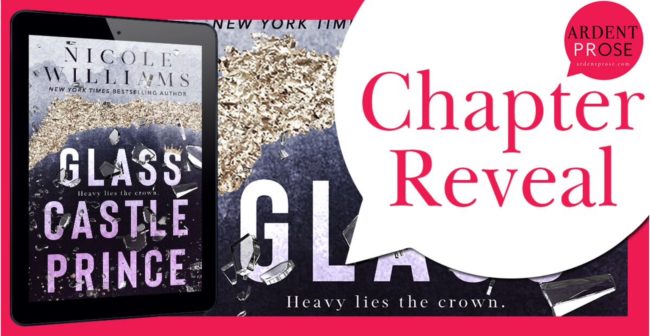 Glass Castle Prince is Nicole Williams’ newest sweet, funny and romantic story. I’m a huge fan of Nicole’s and her writing. She always entertains me with her wit, charm and interesting characters. Glass Castle Prince is a modern romance that felt like a historical romance with the royalty and setting. Charlotte has returned to the estate where she grew up as the Groundskeeper’s daughter. She was never allowed inside the castle and now she’s alone for the winter to take care of it. She’s needed a break from her life to figure out what she wants to do with the rest of her life. She wasn’t expecting her alone time to be interrupted by the prince himself. Edward, handsome, smart and entitled. After all, he’s next in line to be the king. After a hilarious introduction, an exchange of barbs that had me laughing out loud, Edward and Charlotte become friends. She doesn’t see him as the prince and he doesn’t see her as a commoner. They are just themselves. When Charlotte asks for his help with something very unconventional, he can’t say no. No man could. The lines of friendship get blurred and unexpected feeling come into the mix. Edward got more than he bargained for, but can he make his own choices? What if he chooses Charlotte. I really enjoyed this story! It was funny, sexy, interesting and the secondary characters were hilarious. I was glad Edward has such good friends! Charlotte is outspoken, smart, beautiful and doesn’t mince words. Edward is sweet, handsome, knows how to use words and just isn’t sure if he’s ready to be king. It’s his birthright, but it’s a lot to take in when he’s only twenty-two. I loved how honest and open he was. How much he liked Charlotte as a woman. I was swooning all over the place!

“I’m not a very good follower.”

“I’m banking on the fact that I’m a better leader.”

“Someone ate a bowl of Cocky O’s for breakfast.”

“That was holding back?”

“My whole life, I’m required to exhibit a precise level of restraint in all that I do. I refuse to show that restraint when I’m with a woman. “

“Was that your way of saying I’m not exactly pretty?”

“That was my way of saying that for someone who gives very little thought to beauty, I’ve never seen anyone so beautiful in all my life.”

Glass Castle Prince is Nicole Williams’ next standalone. One I am hoping turns into a series since I enjoyed the supporting characters so much. I will try to make this fast so I don’t spoil anything.
Charlotte makes the decision to take a year off from university so she can figure out what she wants to do next. For the next eight months she will be taking care of the royals’s summer home during the off-season. The one her father was the groundskeeper for until she was ten years old. The one she never stepped foot in until she had the keys to the place. It was the perfect place to be. It was in the middle of nowhere. It was quiet so she could think about her future. Well, that was until four unexpected visitors showed up. One of them…the future king.
Edward was only twenty-two but wasn’t like his peers. He had his friends. He had get together but he never indulged in the party scene. He would rather take a walk around the lake then drink scotch. Of course, the papers didn’t see it that way. And that was exactly why she looked at him like he was nothing but a pompous playboy. And exactly why he liked her. She didn’t kiss his ass like everyone else. She didn’t swoon when he looked at her. She fired back. She was trouble and he liked it. He liked Charlotte from the moment he saw her. But, he couldn’t have her. She deserved better life. One that wasn’t controlled.
What will happen when two people from different ways of life find common ground and an undeniable chemistry?
Everything. Will their separate decisions led them together or apart in the end?
I loved this one! I love when characters see past labels and see the real person underneath them. I also enjoyed their banter. They don’t hold anything back. And like I said, I loved the supporting characters as well and hope to see them again.
Overall…it’s a fun, flirty, sweet, and royally sexy. I laughed, cried, and swooned.
Quotes:
“I was employed to tend to the house, not any people who might find their way inside it. Get your own milk.” For a moment, he seemed as surprised as I was that I’d spurted that.
“And who are you employed by?”
“The Royston Group,” I replied, smiling innocently.
“Who happens to be owned by?”
“Your father.” His hand circled.
“Whose son is?”
I bit my tongue. For half a second. “An asshole.”
“You can’t trust a person whose eyes express something different than their words.”
“Marriage is both a life and death sentence. Might as well like the chick’s brains as much as you do her boobs.”
“Poetry. A future Emerson or Frost.” Frederick tipped an imaginary hat at James. 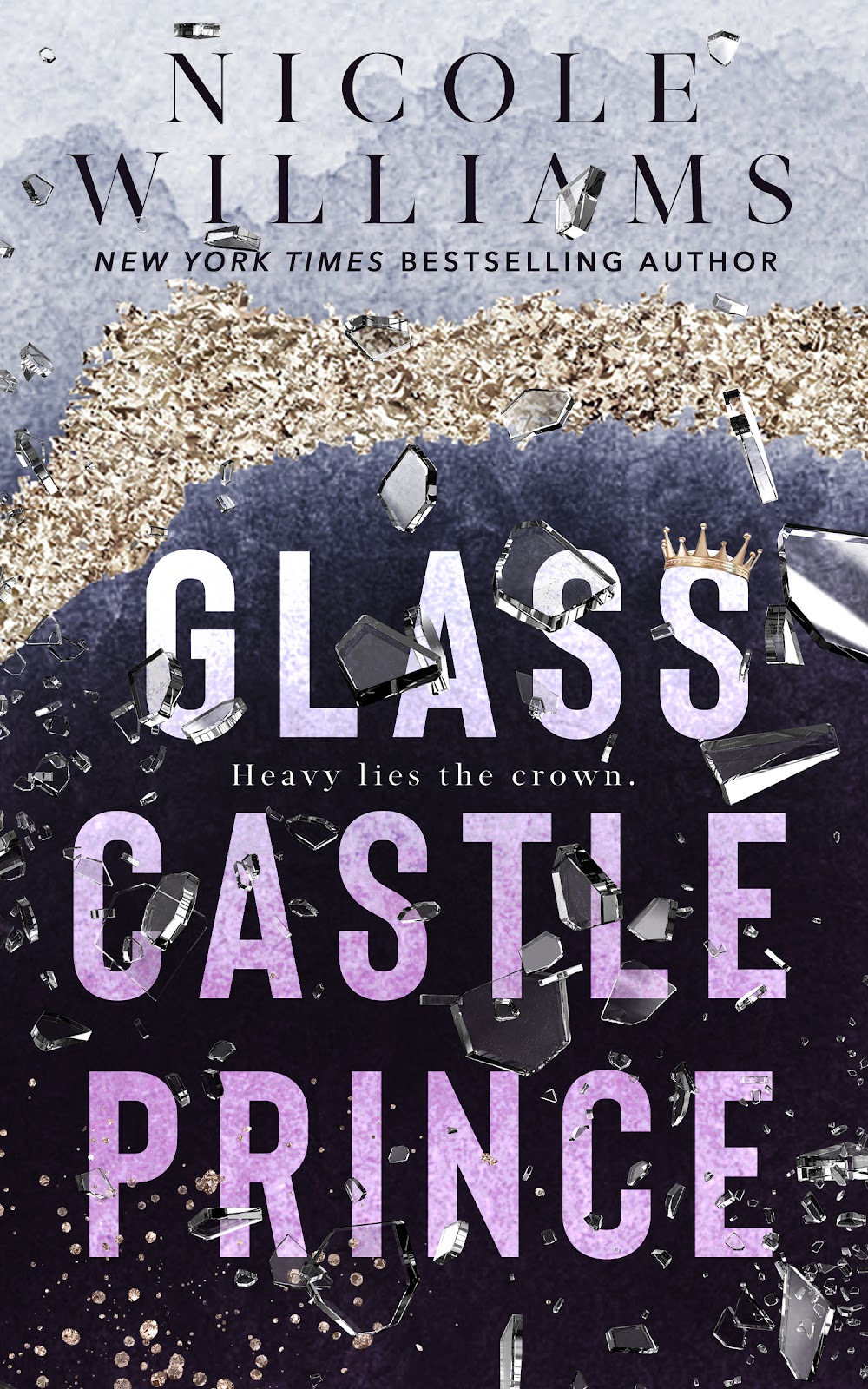 A glass castle shatters as easily as a glass house—all it takes is one stone.

Prince Edward has known this all of his life, and taken staunch measures to ensure he doesn’t give the public any reason to pick up their rocks. Or torches. Or pitchforks. As a twenty-two-year-old in line to ascend the throne, he lives more like a cloistered monk than his college-aged peers. Restraint is the tone of his life, resilience the theme.

That is, until he meets a young woman who couldn’t care less about his title—unless she’s poking fun at it. Charlotte Everly grew up a stone’s throw away from the royal family’s summer house, but her life was, and is, entirely different from the prince’s.

They clash at each turn, disagree on every topic, and bear a general contempt for one another. Until . . .

One night, accompanied by one proposal, leads to one lapse in judgment . . .

Results in a nationwide scandal neither of them will escape 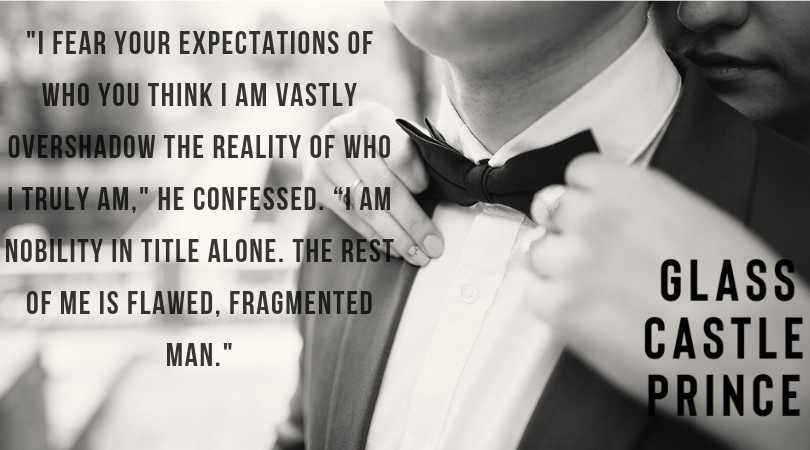 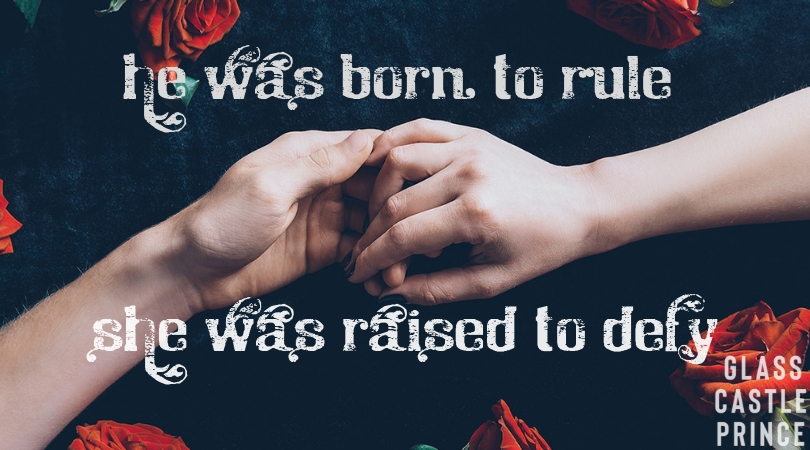 Nicole Williams is the New York Times and USA TODAY bestselling author of contemporary and young adult romance, including the Crash and Lost & Found series. Her books have been published by HarperTeen and Simon & Schuster in both domestic and foreign markets, while she continues to self-publish additional titles. She is working on a new YA series with Crown Books (a division of Random House) as well. She loves romance, from the sweet to the steamy, and writes stories about characters in search of their happily even after. She grew up surrounded by books and plans on writing until the day she dies, even if it’s just for her own personal enjoyment. She still buys paperbacks because she’s all nostalgic like that, but her kindle never goes neglected for too long. When not writing, she spends her time with her husband and daughter, and whatever time’s left over she’s forced to fit too many hobbies into too little time.

Nicole is represented by Jane Dystel, of Dystel and Goderich Literary Agency.