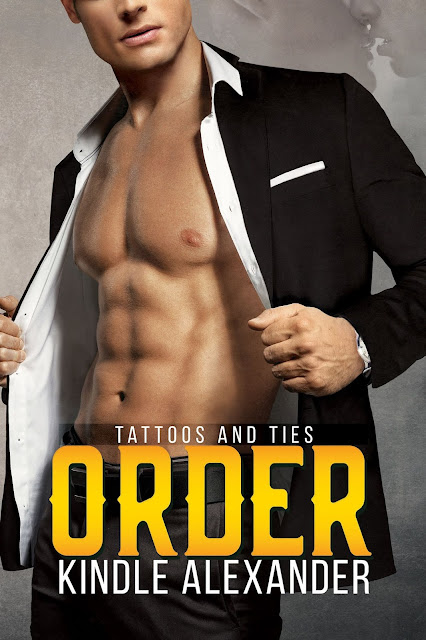 Assistant District Attorney Alec Pierce wants a future with the sexy, tough-talking biker who came to his rescue six months ago. But when evidence capable of destroying his future comes to light, Alec sets a plan in motion to keep the man he loves from a district attorney bent on vengeance.
Will Alec’s efforts pay off or will he destroy them both in the process?
As a Disciples of Havoc member, Keyes Dixon rides the line between society’s moral code and that of his brothers. He straddles two worlds… One owns him and the other seduces him with the promise of a future. But when a rush to judgment has him swerving to miss the roadblocks suddenly in his lane, he’ll have to choose between the club that demands his loyalty and the gorgeous assistant district attorney who deserves his commitment.
Can Keyes escape his circumstances to take a chance on a future he wants?
Six months into what started as a one-night stand, both men must navigate their developing feelings as they remain bound by differing oaths that threaten to drive them apart. Not only does their future hang in the balance of opposing forces, but an unexpected strike of the gavel could send them on a collision course neither is prepared for.
Will havoc continue to determine their lives or is their love strong enough to bring order? 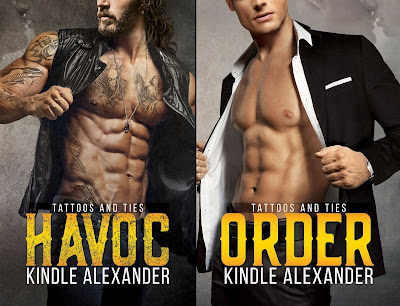 They came from two different worlds.

Fuck. Keyes’s eyes closed as the illusion that they’d somehow found their balance began to shatter. The pain in his chest grew, hurting on a level he couldn’t quite absorb, and that said a lot since his parents had really done a number on him as a kid.

He had seen enough about the world to know words like I love you were a conditional misconception, something said by people who didn’t understand what life was about. Keyes was never going to be good enough for Alec’s world, and at some point, Alec would get tired of isolating himself inside this house. Keyes couldn’t even imagine a time they could ever go out in public together. If for some unseen reason that time came, what the fuck would they do?

If the situation wasn’t so damned dire, he’d laugh at the mental image of Alec at a club BBQ. Club whores hanging out with Alec Peirce… What a fucking joke. His bothers would never understand whatever this was between him and the attorney.

Resentment and anger slithered up his spine and coiled around his heart. Fuck, if he wasn’t so much more comfortable with those emotions.

Nothing had changed between them. They were a good time, nothing more. Fuck his heart’s vehement denial. Where his heart and his head completely agreed, there was no way a good guy like Alec would continue to love him if he ever found out the truth of everything Keyes had done in his life. Hell, he’d been on a drug run less than a week ago. Alec wouldn’t understand why he did the things he had.

No matter what happened right now, their end didn’t change. They didn’t fit no matter how much he wished they did. White hot pain lanced through the useless organ in his chest. It hurt so fucking bad to think of Alec leaving him.

“Babe, your heart’s pounding,” Alec murmured, laying a warm hand dead center of his chest. Whatever Alec felt caused him to lift his head and open his eyes wider. “What’s going on? Are you okay?”

This was too much. How could he have let hope, of all things, cloud his reality? Hope and fairytales went hand in hand, both big fucking wastes of mind-space. He wanted to cry, which pissed him off even more. Thank God for the burst of anger, because now the bullshit pain wasn’t the only thing driving him. Keyes bucked his body out from underneath Alec’s and flipped the covers off, sending his phone flying. He literally jumped out of bed, making a beeline for his jeans draped over the bedroom chair. He shoved his feet in the legs of his jeans, forgoing his underwear. He needed out of this house. He couldn’t fucking breathe. He needed to be back in his world, back to what he knew, and never venture out again.

Luckily, Alec had removed his jeans in such a way that his keys, wallet, and belt were still in place. Keyes shoved his dick inside, zipping himself up as the memory of the unspoken need darkening Alec’s eyes when he’d arrived last night sent his rage skyrocketing. He didn’t get the jeans much more than zipped when he dropped down in the chair and started to shove his sockless feet inside his dirty work boots.

“What’s happened, Key?” Alec asked, his tone even but on the controlled edge of panic. Keyes looked up to catch Alec pulling on his athletic shorts which spoke volumes about the gravity of the situation.

Best Selling Author Kindle Alexander is an innovative writer, and a genre-crosser who writes classic fantasy, romance, suspense, and erotica in both the male/male and male/female genres. It’s always a surprise to see what’s coming next!
I live in the suburbs of Dallas where it’s true, the only thing bigger than an over active imagination, may be women’s hair!
Usually, I try for funny. Humor is a major part of my life – I love to laugh, and it seems to be the thing I do in most situations – regardless of the situation, but jokes are a tricky deal… I don’t want to offend anyone and jokes tend to offend. So instead I’m going to tell you about Kindle.
I tragically lost my sixteen year old daughter to a drunk driver. She had just been at home, it was early in the night and I heard the accident happen. I’ll never forget that moment. The sirens were immediate and something inside me just knew. I left my house, drove straight to the accident on nothing more than instinct. I got to be there when my little girl died – weirdly, I consider that a true gift from above. She didn’t have to be alone.
That time in my life was terrible. It’s everything you think it would be times about a billion. I love that kid. I loved being her mother and I loved watching her grow into this incredibly beautiful person, both inside and out. She was such a gift to me. To have it all ripped away so suddenly broke me.
Her name was Kindle. Honest to goodness – it was her name and she died a few weeks before Amazon released their brand new Kindle ereader. She had no idea it was coming out and she would have finally gotten her name on something! Try finding a ruler with the name Kindle on it.. It never happened.
Through the course of that crippling event I was lucky enough to begin to write with a dear friend in the fan fiction world of Facebook. She got me through those dark days with her unwavering support and friendship. There wasn’t a time she wasn’t there for me. Sometimes together and sometimes by myself, we built a world where Kindle lives and stands for peace, love and harmony. It’s its own kind of support group. I know without question I wouldn’t be here today without her.