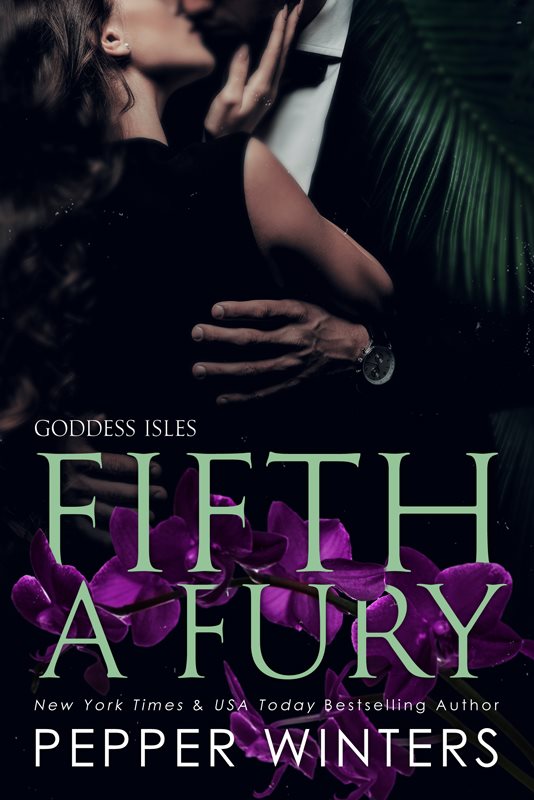 “There was a beginning once. A beginning that started with being sold to a monster I fell for.
There was an ending once. An ending that came cloaked in bloodshed and fury.”

Eleanor Grace is a simple mortal who has the power to topple a god. She captured his heart, fed him a different future, and fought for a fantasy that wasn’t make-believe but destiny.

Sully Sinclair is a man masquerading as a monster. He let down his shields and allowed a goddess to show him a simpler path. However, neither of them could predict the war that was coming, nor the toll it would take.

A fight that will finish in tears.

The age-old battle of good versus evil.

Pepper Winters is a New York Times, Wall Street Journal, and USA Today International Bestseller. With a catalogue of over twenty titles, she’s hit the bestselling lists over thirty times.

She loves romance, star-crossed lovers, and the forbidden taboo. She strives to write a story that makes the reader crave what they shouldn’t, and delivers tales with complex plots and unforgettable characters.

After releasing two books with Grand Central, Hachette (Ruin & Rule and Sin & Suffer) Pepper is a Hybrid Author of both Traditional and Self-published work.

Represented by Trident Media, her books have garnered foreign interest and are currently being translated into numerous languages, including already released titles in Italian, French, Hebrew, German, and Turkish. Audio Books for her entire back-list will be available soon.