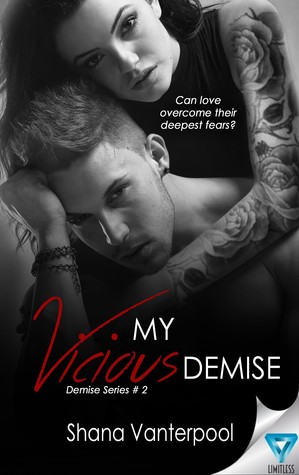 For twenty-three-year-old Rebecca O’Connor, there’s only one reason to live…her little sister, Raina.

Through years of growing up in an abusive home, Raina and Becca have formed an unbreakable bond…until Raina falls in love and elopes.

For the first time in her life, Becca is on her own. After breaking up with her boyfriend, she is homeless, broke, and she’s losing her grip on her life.

Then she meets James Rush, a shy guy with sharp blue eyes and an invisible lure for her heart…

Becca has always had to be the strong one. But the deeper James pulls her under, the more she wants to succumb to her vicious attraction. The fact that he’s deaf might make him that much more desirable. At least he appreciates beauty.

But James is going nowhere fast…

A twenty-two-year-old college student, James can’t shake the feeling his life is dull and uneventful. He may be alive, but he’s not living, as he hides in his introverted shell to protect himself from a past that left him empty, neglected, and abused.

When James meets Becca, their futures are forever altered. She’s a black-haired, tattooed, confident bartender who immediately hexes him with her charm. When he’s with Becca, his past stays in the past.

Caught in each other’s web of safety and desire, it’s only a matter of time before they are confronted with the one task too terrifying to face…

Letting go of the past, and daring to love.

My Vicious Demise is the second book in the Demise Series. It can be read as a standalone but I recommend reading My Sweet Demise as well. The first book was about Raina, this one is about her older sister Becca.

Becca is lost. There has only been one reason for living and she was stolen by the biggest Manwhore she has know, Kent Nicholson. She hasn’t talked to her sister Raina in six months and it’s breaking her. She is used to being in control, she couldn’t control her sister falling in love. Maybe this is her time. Her time to find herself, to let go of the past and find her own happiness. But to do that, she needs to give up some of that control and dig deep into her soul. This scares the fuck out of her. Then she sees those amazing eyes again. The ones she hasn’t seen in six months. Ones that she forgot about because that is what she did. She left men behind but this was James Rush…

James isn’t living. He might be alive and going through the motions but not living. He goes to school, comes home, and lives in his own mind. Sure, he can go out and have a one night stand once in awhile but he wants to find someone to want to stay. He is deaf, shy, and not comfortable with himself. He only speaks to three people out loud. He made the mistake of saying something to Tess, his crush and she ran. They always leave. He wants to find the one that will stay. Then Becca enters in life.

James and Becca might be night and day on the outside but on the inside they are one in the same. They feel the pull, the attraction, the need for each other but is that all it could be? Just Sex. Friends with benefits? James happens to be Kent’s best friend and roommate. Games are played. Emotions are shown. This is not how it was suppose to be. Becca is not in control. James is twisted up. Is this what love is? Will one of them leave when it gets to be too much?

This isn’t just a story about love. It’s also about the journey of letting go. Will Becca accept Raina’s new life so she can have her sister back?

I thought this was an awesome story! James and Becca’s games can be frustrating but they have their reasons. Their chemistry is hot, the way they communicate is awesome, and the feelings they bring out are both amazing and difficult. James is so sweet, sexy, and smart. Becca might be a badass but she is also sweet and compassionate.

Overall, it’s a crazy and emotional ride. Shana did another amazing job!

“Don’t fall for Becca O’Connor. She’ll rip your balls off and sell them online.”

No more kissing. But if we’re going to be friends you’re going to have to wear sunglasses.
Frowning, he glanced up at me in question. “Why?” he mouthed.
Because your eyes are sucking my soul out of me.

“You’re one of the toughest women I know. Strength is beautiful. But strength doesn’t mean you have to be a hard ass. Strength is being strong enough to be weak sometimes. You hear that?”

When I walk into a book store I feel at home. When I smell the pages of a brand new book things make sense. When I read I am who I always wanted to be. I read to escape and I write so others can as well. My family, my actress dog Bella, coffee, and a steamy love story are a few of my most precious things. Keep up to date with future releases by following my site: https://shanavanterpoolauthor.wordpress.com

I rang the doorbell and then remembered that James wouldn’t hear me. The door was locked and the inside of the apartment sounded quiet. I sank down with my back to the railing and waited, ignoring the pit in my stomach. I’ve never been more nervous to see a man. I’ve done terrible things to them. I’ve cheated, fought with them, and keyed them—I wasn’t afraid to let a man know how I felt. This one time I wasn’t sure I understood what I felt. James didn’t look like the kind of man who could deal with me.

James stood there in only his boxers. His hair was rumpled and sexy and his eyes were narrowed from the sunlight. He covered them with his hand and looked down at me, shielding the sight of his swollen, reddened cheek. As he did so his eyes tightened, suggesting he wasn’t happy to see me sitting there. It comforted me and sickened me. I didn’t expect him to jump for joy at my presence. His reaction was what I wanted. I should be pleased. Not guilty and empty.

The golden sunlight shined off his exposed skin, highlighting his six-pack. Who the hell knew James had a body like that? His was extremely pale and lean. His torso was tall, extending his rippled abs all the way down the length of him. He had a patch of dark brown hair between the indentations in his pelvis and his boxers hung off his hips, giving me a preshow I didn’t mind attending. His arms were abnormally long and stretched tightly with lean muscle. He would look so hot with a tattoo on his side, or maybe one down his chiseled abs. Even his thighs were hot. I wanted to slide his boxers down his legs and take him in my mouth. There was something insanely enticing about a man when you had his cock in your mouth. I lived for being in control of him and knowing he was probably too lost in his own pleasure to even remember his own name because of my tongue. The outline of his penis was evident in the sun. James had a mighty big secret to tell me.

But James didn’t want to tell me a secret. He could barely look at me. He stood back and motioned for me to come inside. I shook off the heat overtaking my body and stood up, tugging my purse and duffle bag in after me. Memories came rushing back of the last time I was here. Raina, falling apart under Kent’s influence, bawling in my arms after Kent broke her. And me trying to save her from our father by stealing here away. I didn’t save her and my father made many promises the same way Kent did. The apartment smelled like cinnamon and coffee. It was still clean and warm. Really, it was worthy of Rain.

James waved me into the hall. I followed at a distance, sliding my hand over the black leather couch. He opened Kent’s door and nodded inside. I had no intention of sleeping in their bed. The idea made my skin crawl. I shook my head at him and he shrugged, closing their door in a way that suggested he didn’t blame me.

He turned around and stared at me long enough to mouth, “The couch?”

I nodded, feeling ill. Do not engage with him. How he felt was no concern of mine. “You mind if I take a shower?” I still smelled like Heath.

He inclined his head toward the bathroom in the hall. He paused, seemed to struggle with himself, and then returned his gaze to mine. “Are you hungry?” he mouthed.

Most men would have told me to kiss their ass after I ignored them the way I ignored James. He was begging me for something last night that I didn’t give him. I’d panicked then and I was panicking now. Becca, please, he’d texted. I need to see you. What happened for him to want me of all people? Was it because Kent was gone? Or was it the same reason why I hugged him in the street? Honestly, this man was a subtle threat. He seemed safe and approachable. But I had a feeling if I got too close he’d force me to get up on my own the same way my father did. One lesson was good enough. I didn’t need two.

“Starved. I can cook if you want.” He looked surprised. I smiled, easing some of the tension between us. At least it eased the tension for me. “Where do you think Rain learned? I’ll shower and then cook. That cool?”

He nodded. This time when he left he didn’t hesitate. I stared at his bedroom door and reminded myself this was the way it was supposed to be.