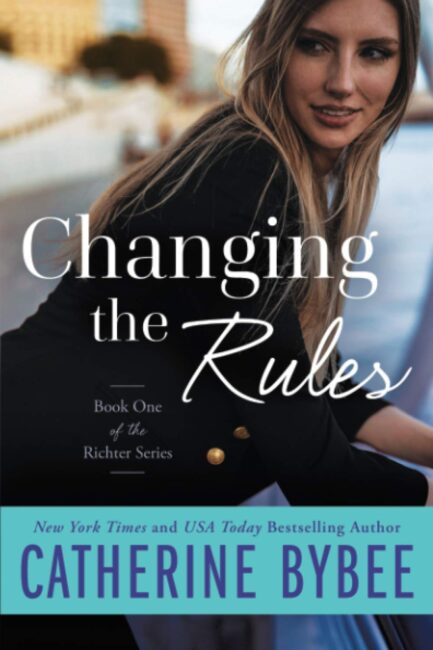 Exclusive Excerpt from Changing the Rules by Catherine Bybee

“Wow, why are you girls all dolled up?” Lars asked before he sat down.

“Jax has a date,” Claire announced.

“What’s your excuse?” Cooper asked. “Do you have a date, too?” His eyes walked up and down her body. She was wearing a dress, which she didn’t often do unless she was painting the town with her best friend.

But sometimes, when she’d been cooped up too long and hadn’t been able to shop or let her hair down, or be something other than a girl trapped in a world she didn’t want . . . yeah, at those times she needed to get out. It was her release valve.

The hair on her neck started to stand on end.

Jax leaned her head back and laughed. “No, what you do doesn’t classify as dating.”

Much as Claire wanted to disagree, she knew her friend spoke the truth. It wasn’t that she had an aversion to dating, there just didn’t seem to be enough datable guys out there.

“What the hell does that mean?” Cooper’s tone was anything but happy as he asked the question.

Claire was about to ask why he cared when Neil stepped forward. “Are we done with the chitchat and ready to work?”

“Technically this is my day off.”

Cooper looked like he had more to say, but kept his lips shut. Lars patted Cooper on the back as he walked by. “I need coffee.”

“There’s a fresh pot in the surveillance room,” Claire informed him.

“We start in ten,” Neil said before heading to his office.

Once the door was closed, Cooper slid beside Claire. “Mind elaborating about this ‘doesn’t date’ thing?”

“Why are you so interested?” And why was Cooper standing so close and watching her as if an expression was going to give something away?

When his eyes dropped to her lips, her belly did a little twist.

It was then that her brain started to short-circuit and the coffee felt bitter in the back of her throat.

There were two reasons a man stared at a woman’s lips.

The first was if they were a family member or possibly a gay friend that wanted to comment on the shade of lipstick.

Cooper wanted to taste her.

The realization of that fact had her head spinning. Then, because she couldn’t stop herself from looking, she took in his lips, and then the expression on his face.

So many things clicked together. With them, a thousand questions.

Lars pushed through the door from the surveillance room talking and had Cooper taking a step back. “Have you met the new guy?”

Claire’s eyes stayed on Cooper. “Yes, I have.”

Cooper blinked and turned away. “I have not.”

A few more steps and Cooper walked into the other room.

“What the actual hell?” Claire asked the universe out loud.

Lars walked by, oblivious to what had just happened.

Claire glanced over at Jax to see her soft smile.

In German, Claire asked, “Did you see that?”

“I felt the static in the room,” Jax replied.

“You know it’s rude to speak in a different language, right?” Lars said. Jax shook her head and went back to writing on the whiteboard. “Sorry,” she replied in English.

As an employee of MacBain Security and Solutions, Claire Kelly can certainly hold her own. Armed with an impressive set of covert skills, she’s more than prepared to tackle any job that comes her way…except one involving Cooper Lockman.

Cooper and Claire used to work together before his feelings for her sent him packing to Europe for six long years. But now he’s back and determined to ignore the still-smoldering heat that lingers between them.

Their current mission: go undercover together at a California high school to root out the mastermind behind a prostitution ring targeting young girls. The closer they get to the truth and the closer they get to each other, however, the deadlier their task becomes. As Claire and Cooper risk their lives to bring down their target, will their hearts be the final casualties?

Changing the Rules is the first book in the Richter series by Catherine Bybee. We met Claire and Cooper in Say it Again and I was so happy when I heard they were getting a book! I loved Claire as soon as she said “Put it away Cooper. You’re too old for me.” And not only that, we get to see Neil, Gwen and Sasha again. I was so engaged with this story that I didn’t want to put it down.  Claire isn’t a kid anymore. She’s grown up, working for Neil and loving her job. Cooper left town for six years and now he’s back. Claire hasn’t seen him since and she’s so happy to have her friend back. But Cooper can’t hide his feeling for Claire anymore and when she sees what everyone else sees, she can’t stop thinking about him. They have a job to do though and she’s going undercover as a student and he as a teacher. While they are at school it’s business, but after Cooper is just glad she’s not eighteen anymore. They have a serious job to do, tracking down a group of sex trafficking people, some of which might be teachers or undercover cops. I didn’t even know who to trust! I had my favorites and prayed it wasn’t them! I loved Claire’s teenage antics and her confidence and attitude. Cooper was swoonworthy as he put it all on the line with Claire. His honesty just made him sexier! And then she was saying “Put it away Cooper. We don’t have time for that right now.” I’m already loving the secondary characters and can’t wait for more from this series (Give me Leo!) Overall, I loved Cooper and Claire. There were fun, hilarious, sexy and sweet!

New York Times, Wall Street Journal, and USA Today bestselling author Catherine Bybee has written twenty-eight books that have collectively sold more than five million copies and have been translated into more than eighteen languages. Raised in Washington State, Bybee moved to Southern California in the hope of becoming a movie star. After growing bored with waiting tables, she returned to school and became a registered nurse, spending most of her career in urban emergency rooms. She now writes full-time and has penned the Not Quite Series, the Weekday Brides Series, the Most Likely To Series, and the First Wives Series. 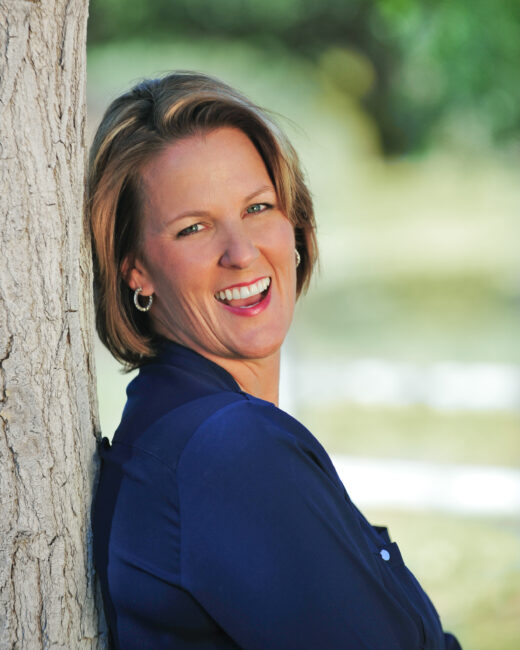