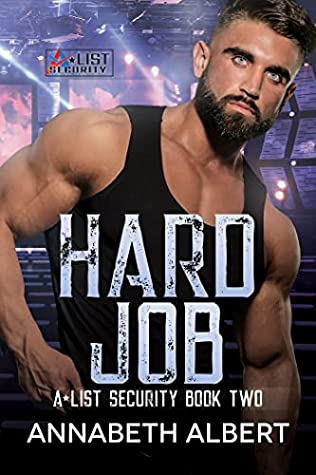 How hard can it be to guard the country’s biggest rock star?
As a SEAL officer, I’m no stranger to danger, but running my own security firm is a new challenge. Finding the right bodyguard for each client isn’t easy. Our next gig? My little brother’s best friend, rock god Ezra Moon, has a security crisis. Ezra is convinced I’m the right man for the job, but I’m not so sure.

From crowd surfing to infamous pictures, Ezra is known for taking risks. It’s no wonder his record label thinks he needs a keeper on tour.

But there’s not a tour bus big enough to contain our incendiary attraction. Ezra and his antics push every last one of my buttons, but the real problem is how much I want to kiss some sense into him. He’s a client, and angry make-out sessions aren’t the answer. Yet we keep finding ourselves alone and burning up the sheets until our secret fling threatens to scorch both of us.

I’ve spent my whole life running from the spotlight, trying to distance myself from my notorious father. Ezra wants to live his best life on the biggest stage. A future seems impossible, but our feelings are undeniable. Can I admit how hard I’ve fallen for Ezra without losing everything?

HARD JOB is book two in a brand-new SEAL bodyguard series. It features a reluctant SEAL bodyguard, a mouthy rock star with a heart of gold, molten chemistry, and pie. Lots of pie. Also, all the high heat, big emotions, and found family feels readers expect from this fan-favorite military romance author. Join A-List security for this new series featuring former SEALs and the celebrity clients who win their hearts. Happy endings and no cliffhangers guaranteed!

Hard Job is the second book in the A-List Security series by Annabeth Albert. I’m loving this series with its sexy bodyguards and the men they fall for. This is Duncan and Ezra’s story. Duncan is Danny’s brother and Ezra is Danny’s best friend! It’s a sexy, forbidden, brother’s best friend and I loved everything about it. Duncan is retired navy SEAL and now he owns his own security business. He’s tough and stoic, but he really just wants to be needed, taken care of and for someone else to make the decisions sometimes. Ezra is a rock star who needs security and he only wants Duncan. Duncan is a huge fan of Ezra and his music. It might be rather large crush. He’s shocked to find out Ezra is also attracted to him. Close quarters and literally having to be with him 24/7 is going to lead to doing something he never thought he would. Get involved with a client. It’s very bad for business and his reputation, but the more the gets to know Ezra, the more he’s willing to take the chance. But can they really make it work? Will the spotlight be too much for Duncan? I really love these two! They are sexy, sweet, fun and perfect for each other. Ezra gets Duncan to relax and open up. Duncan gets Ezra to stop and take care of himself. They are perfect for each other. I especially loved the way they opened up to each other and really listened to each other. I loved watching them fall for each other. It was great to see Danny and Cash again and I’m looking forward to Harley’s story!