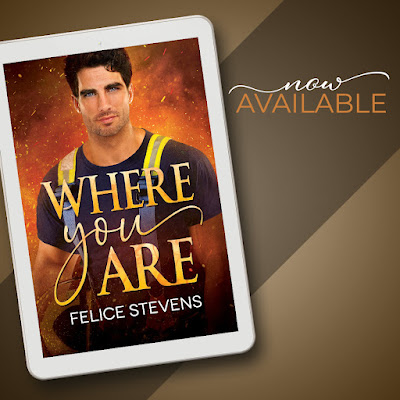 Where You Are is a fun, sexy and great story from Felice Stevens. It’s a standalone, but if you’ve read Influenced and Fall Guy, you’ve met Isaac and Levi. Isaac is a New York fireman who goes to Serenity, PA to train some volunteer fire fighters. That’s where he meets Levi. The sweet, younger man who is still struggling with his sexuality. He’s not ready to come out to his friends and family and his small town. Isaac isn’t going to force him to do anything he’s not comfortable with, but he wants to spend time with him. He’s attracted to him, but he also likes him. The more time they spend together the better it gets. It also gets more complicated. Will Levi be able to live his life the way he wants? What happens when it’s time for Isaac to go back to New York? They are mature adults just trying to be happy in a world that’s not always accepting. I felt for Levi and his struggle. He’s much stronger than he thinks! Isaac is just so fun, caring and good at his job. I really enjoyed this story! I loved the age gap and the sexiness! And all the friends and family! 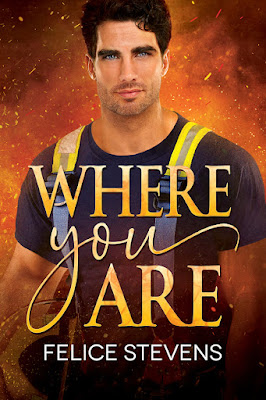 Former model and B-list actor (B meaning really bad) Isaac Seidel is now a NYC firefighter on special assignment in the one-horse town of Serenity, Pa. But all work and no play makes Isaac a dull boy, and when he hooks up with the most explosive one-night stand he’s ever had, it looks like country life might not be so boring after all.
Especially when the guy he thought he’d never see again turns out to be one of the volunteer firefighters he’s expected to train.
Levi Everett is a master at pleasing everyone—except himself. He’s spent his whole life hiding who he is and what he wants. It’s a lot more complicated now that he’s going to be seeing gorgeous Isaac Seidel every day. How is he supposed to pretend he’s straight when he and Isaac can’t keep their hands off each other?
Isaac has made it clear he’s only interested in friends with benefits, so when he returns home to NYC, Levi knows he’s gone forever.
Until he isn’t.
Trust doesn’t come easily to Isaac—he’s been hurt and used before. But Isaac is unable to forget the man he left behind, and in a shocking move, he makes Levi an offer that could change their lives forever. Now it’s up to Levi to put himself first, risking the love of his family, to go after his dreams—dreams that were unimaginable before Isaac but are now within his reach.
Because love is wherever Isaac is, and it’s the only place Levi wants to be.
Where You Are is a sweet and steamy, age-gap MM romance featuring two smoking hot firefighters who can’t seem to keep their hands off each other or their clothes on, whenever they’re together. It’s filled with found family, first time love, a swoony happily ever after and plenty of good old country fried chicken.

“I want to talk about why you’re ignoring me.” Without waiting for an invitation, he sat on the couch and stretched out his legs.

Admittedly, Isaac felt bad for Levi, who was pacing, growing more agitated by the moment.

“I’m not ignoring you. We spoke, but I work at Lucky’s. I’m not there to hang out and talk.”

“That’s not what I mean.” Sympathetic to Levi’s obvious distress, Isaac gentled his tone. “Can I assume you’re in the closet? That you haven’t come out to anyone?”

Levi’s face turned bright red. “Well…yeah. That’s part of it,” he mumbled. “You saw those guys. Can you imagine me telling them I’m gay?”

There was no hesitation, and Isaac knew he should get up and leave. He had no idea why he was there in the first place. Then he recalled Levi’s nervous smile when they first met and his wild abandon later that evening in bed, and knew he wasn’t ready to give that up. Not yet.

Having resumed his pacing of the small space, Levi reminded Isaac of a caged predator—all that coiled tension beneath the beautiful, sleek exterior. Without thinking, he left his seat and met Levi in the middle of the room. He took his arm, and Levi froze. Isaac slid his hand up Levi’s biceps and curved it around his nape. A deep shudder ran through Levi.

“It must be very hard to live like this.” Moving closer, he pressed his chest against Levi’s, and Isaac swore he could hear the frantic pounding of Levi’s heart.

“Maybe so.” Isaac dipped his head and kissed Levi’s lips, his cheeks, and the flutter of his lashes. “But you shouldn’t have to be. You don’t have to be.” His fingers gripped Levi’s shoulders and pulled him nearer. 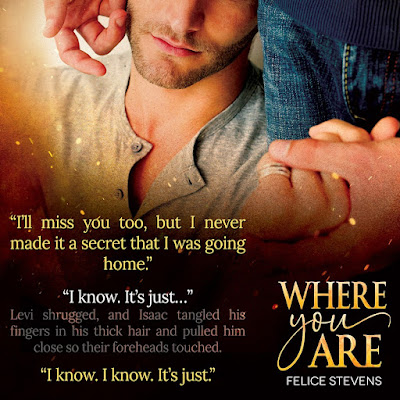 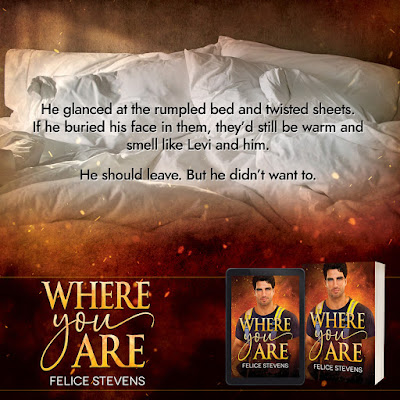 Felice Stevens has always been a romantic at heart. She believes that while life is tough, there is always a happy ending just around the corner. Her characters have to work for it, however. Like life in NYC, nothing comes easy, and that includes love.
She lives in New York City and has way too much black in her wardrobe yet can’t stop buying “just one more pair” of black pants. Felice is a happily addicted Bravo and Say Yes to the Dress addict and proud of it. And let’s not get started on House Hunters. Her dream day starts out with iced coffee and ends with Prosecco, because…why shouldn’t it? You can find her procrastinating on FB in her reader group, Felice’s Breakfast Club.
You can find all my books, grouped by series in proper reading order on my website located here: Website
Follow me on social media to keep up with all my news of releases, sales and exclusive content!
Newsletter ~ Tik Tok ~ Bookbub ~ Instagram ~ Facebook ~ Facebook Author Page  ~ Twitter ~ Goodreads ~ Website ~ Felice’s Breakfast Club ~ Pinterest
Discover my character inspirations for all my books on my Pinterest Boards here:
Pinterest 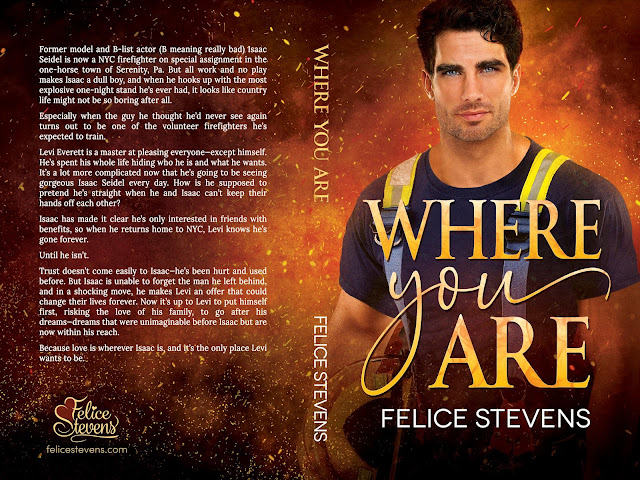