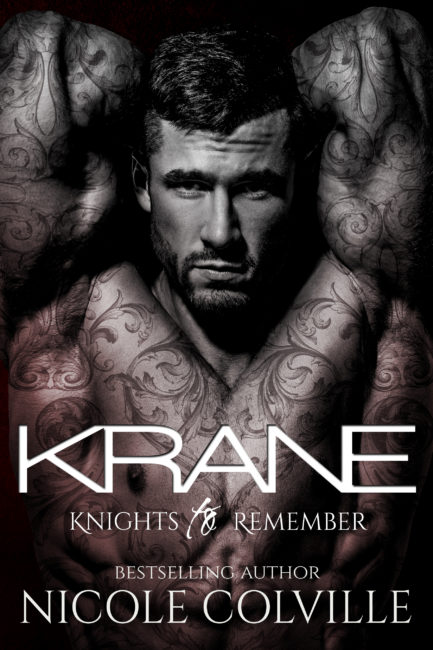 At the age of thirty-seven, local giant and semi-professional rugby player Krane Buchannan had spent his life hiding behind a tightly locked closet door with a wife as a shield and a gut full of regrets. Coming out may not have been his choice, but ending his marriage was. With an ugly divorce looming and a vindictive soon-to-be ex-wife making his life a living hell, Krane finds his once comfortable life in the small Scottish village changed forever. Unprepared and unwilling to admit the truth, Krane has some tough decisions to make

I’m going to ruin you for every other man. You’re mine. I own you.”

The heat and passion ignite instantly, scorching them both, and in the space of a few hours, Bailey became much more than a one-night stand. Every touch from Bailey was branded onto his skin, forever imprinted like the intricate ink-work covering his body, something which couldn’t be washed off or forgotten, but worn forever.

“Bailey was showing Krane how life should be.”

“Krane screamed power. Bailey could sense it simmering across the room and filling his lungs with his alpha aroma.”

There’s a sadness which clings to Bailey, and his unwillingness to open up about the dark secrets in his past makes Krane doubt everything, but he’s had enough of giving up and is prepared to fight for what he wants, and what he wants is Bailey. He just has to convince Bailey he wants Krane in return.

Krane is a standalone book included in the Knights to Remember series. Other books include:

Krane is the third book in the Knights to Remember series. It can also be read as a standalone and I know this since it’s the first book I have read by Nicole. I will say that I now want to read Jacob’s (Krane’s brother) story which is Dominque. Anyway, back to Krane and Bailey’s story…

Krane has been living a lie for the last twenty years. He might have loved his wife in a friendly manner but it was never true love. Even the friendly part was a lie for the most part over the last years of their marriage. They both knew this. He was never unfaithful but she could never say the same but he didn’t really care. But now, at thirty-seven he wants his life back. He wants to be happy. What he didn’t want was for everyone in the small village in Scotland to know he was gay. Not yet anyway. His soon to be ex wife had other plans. He had to get away so he went to London to be with his brother Jacob. He knew how it felt to come out and wanted to feel free while he can away from the village. What he didn’t expect was to meet Bailey. A sub at a BDSM club that Jacob frequents as a Dom. He wasn’t looking for a one-night stand and that is what Bailey was going to be until the night was over and he didn’t want to let go.

Bailey hasn’t truly been living for the last few years. Outside of the BDSM club he doesn’t feel important. He has played with a few Doms but nobody full-time. He hasn’t felt that closeness towards any of them like he did with his Amery. Not until he saw a huge man with some sexy ink covering his arms. He wanted to know how far that ink went. He also wanted to know more about the man that brought him to a speechless halt. He has never been so nervous in his life. He wanted to climb this man like a tree but first he needed to speak to him. What he was expecting was a Dom but Krane wasn’t one but he sure had potential. Only, Krane wasn’t interested.

Krane and Bailey’s relationship goes from a one-night stand to a weekend fling to wanting more. Bailey knew he was the needy type and being in a long-distance relationship would be hard on him. Not to mention, it being with someone outside of his lifestyle but he was falling for Krane. And Krane for Bailey. But to make this work, they have to communicate and not just in bed. Krane has his life in Scotland and Bailey has his insecurities. They also have a link to each other that could ruin everything if they let it. They also need to lockdown the BDSM part of the relationship. Krane doesn’t fully understand the lifestyle and doesn’t want to hurt Bailey. It also brings out his own insecurities. Can Bailey show him that exploring the lifestyle would be best for both of them?

I really liked this book. Who wouldn’t enjoy a hot, tatted Rugby playing architect that lives in a beautiful village. Then add in a sexy teacher that wants to be loved. Together, they have some very sexy times, heart to heart concentrations, and not only find out about each other but about themselves. It was also great that it wasn’t just about Krane and Bailey but about family too. His family is large and a bit crazy but so much fun!

Overall… it was a great read. The storyline was awesome. The characters were well-developed. I wish I could have read it faster but life got in the way. Good things but still.

“I don’t think I’ll be going anywhere for fear of ending up strapped down with someone flogging me.”

“I could quite easily spend my entire life worshiping you and still not have enough time to devote to you.”

“My Lord does have a certain ring to it, don’t you think?” 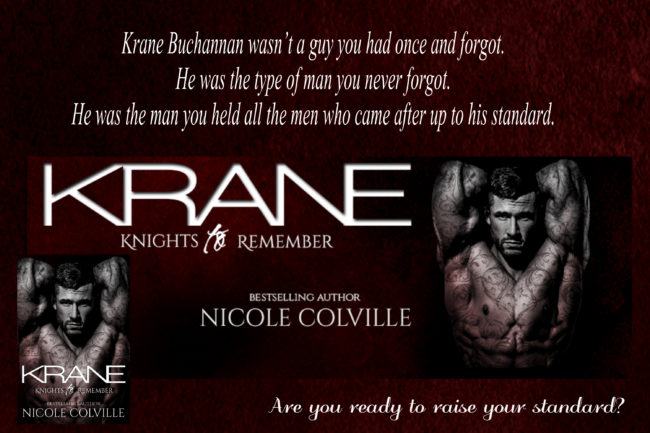 Nicole grew bored being a supermodel genius who worked part time for NASA, and decided to take a break from helping solve the mysteries of the universe with Stephen Hawkins to write m/m romance.

She has a loving relationship with her hubby of twenty years, and has achieved a lot in her short life considering she’s only eighteen. She has fourteen dogs of all different breeds, plus twenty cats, and when she’s not tending to their every need, and solving complex math problems, she loves to sew and can be often found knitting in the garden, which she maintains all by herself with her magical green fingers.

Finding time to make all of her own clothing and master the kitchen better than Gordon Ramsey, she’s also a vegan domestic goddess and can often be found cooking up a storm bare foot in her kitchen.

Okay, so that’s not true, especially the cooking part, though I do tend to be bare foot and I swear like Gordon does while burning my latest creation — and I still think NASA will be getting in touch. Any day now!! *crosses fingers* I could sooo do that job because I’m so obviously awesome, but until they do…

I’m a full time author of M/M Romance and Erotica, and somehow I have several bestselling books under my belt. I’ve been writing for four years, and I self publish all my work under Hidden Pleasures Publishing along with my amazing team of helpers in the form my cover designer Kellie Dennis, editor Jessica McKenna, and all of my beta readers and PA’s.

I’m a wife to my beloved hubby and mother to two young girls, and I do in fact have two cats who I adore, but no dog, as the hubby put his foot down. I live in Leeds in the North of England and I love it, despite the terrible weather.

My men are all seeking what everyone is, true love mixed with passion and their own happy-ever-after full of laughter and tears.