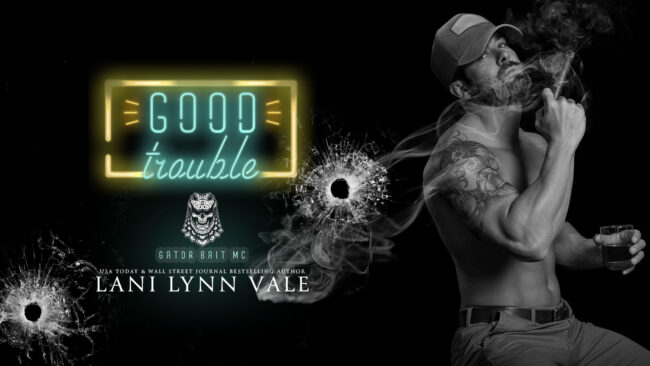 Bain met Diana, a.k.a. Luce, the night before he was set to deploy to Afghanistan.

It’s not every day that you take your brother’s girlfriend to prom because he refuses to put out the effort.

That night was one of the best nights of his life and the next day, he leaves and doesn’t see her again.

But there are letters. Not many, but enough for them to form a connection.

Over the two-year deployment, they became great friends.

The best of friends—at least, as good of friends as you can be when it’s your brother’s wife.

Fast-forward six years and she still counts him as one of her greatest friends. Even going as far as to stick by him when he’s sent to prison because his own brother turned on him.

Luce had a crush on her then-boyfriend’s brother since way before she and Bain’s brother were married. From the moment he volunteered to take her to prom, she’d fallen.

Over the years, she’d tried to hide it. Tried to go on with her life and act like she loved her husband and only her husband. But as time went on and Braxton started to treat her more and more like crap, she realized the truth. Her husband wasn’t Bain. Her husband would never be him.

The smoking gun, though? The thing that made her realize it was time to leave?

When her husband stood by while she was assaulted, while the man she tried to act like was just a friend protected her. Then was sentenced to eight years in jail for it.

It was time to admit the truth.

Bain McDempsey was it for her. She just had to help him see it. Oh, and get him out of prison first.

Good Trouble is the second book in the Gator Bait series by Lani Lynn Vale. We met Bain in Nobody Cares Unless You’re Pretty and I loved his story! It’s a very complicated one! He saved his brother’s girlfriend and went to jail for it. Now he’s out and back home and he never stopped caring for Diana, or Luce as he calls her. She married his brother, but they are divorced. Diana never forgot Bain or what he did to save her. Her ex is a total jackass and she’s glad that’s over. Now that Bain is back she can’t stop thinking about him. And it’s not helping that he seems to be everywhere she is. The pull is too strong to fight. Bain doesn’t care what his brother thinks. His parents love her already. Now he just has to convince Luce to take the chance. When she realizes that Bain is the balm to her soul. The happiness that helps her depression and the man who lights he body on fire, she’s all in! Now they just have to deal with someone trying to kill her and him. But they are stronger together and they can get through anything. I loved Bain and Luce. He’s so funny and sexy and loving. She’s independent, smart and knows what she wants to do with her life. I loved his parents and how fierce they are! We get to see more of the other men and I’m excited for all their stories!