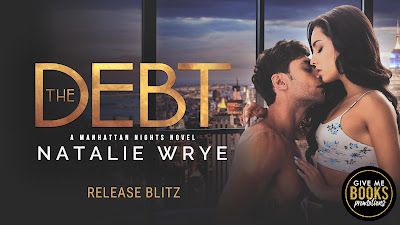 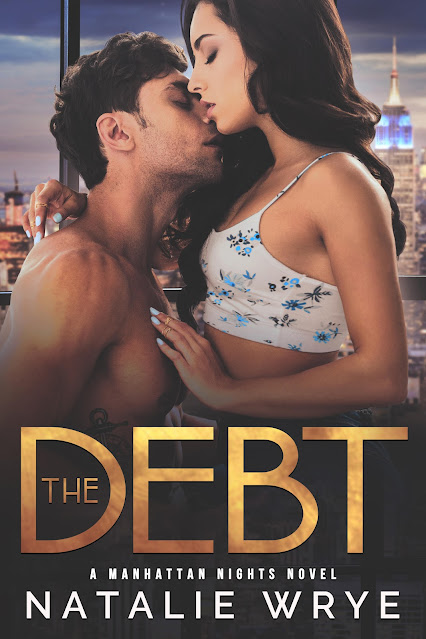 Title: The Debt
(A Brother’s Best Friend Romance)
Series: Manhattan Nights #7
Author: Natalie Wrye
Genre: Contemporary Romance
Release Date: April 15, 2022
BLURB
LACHLAN
Weddings are supposed to be fun-glamorous…aren’t they?
I’m not so sure anymore.
Because the second my best friend Drew tapped me to Best Man at his own NYC nuptials, I realized that I was in for one hell of a ride.
Especially when it becomes clear that his younger, can’t-stay-out-of-trouble sister Sabrina will be the Maid of Honor and I will have to keep my usually-busy hands off of her.
Mostly, because she’s my best friend’s little sister. But more because she deserves better than a guy like me—a family screw-up with more secrets than good intentions.
I am sure of one thing, though: I owe Drew for saving me from a lifetime of mistakes.
It just didn’t occur to me that Drew might have his own mistakes, too. Dangerous ones that push me closer to that sharp-tongued Sabrina…
And closer to a ticking time bomb I never saw coming.
ADD TO GOODREADS 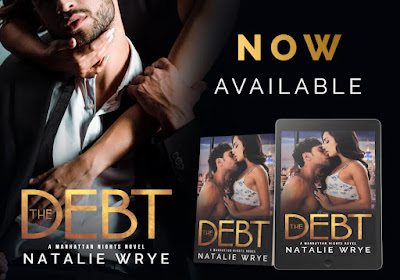 The Debt is the seventh book in the Manhattan Nights series by Natalie Wrye. You can technically read each book as standalone since they are different couples but there is a storyline that connects them. One man really…Chris Jackson. So I recommend starting from the beginning and if you have already then you know this couple. Lachlan is Drew’s best friend, and Sabrina is Drew’s sister.
It’s almost the big day for Drew and Nancy! So of course his best man and her Maid of Honor would be in the same place at the same time. New York City for five days of wedding preparations and parties. Lachlan and Sabrina haven’t seen each other in six months, since the night they kissed. He went back to London and she went back to Connecticut. And since then their lives have changed so much. Lachlan has been miserable. Sabrina has been shunned. And now they have been thrown together in a twisted game. One they didn’t ask to play. They don’t know who to trust. They don’t know who is out to get them…
What they do know is they still have that spark between them. They are fighting it. He doesn’t think he deserves her, that he will only hurt her in the end. She doesn’t want to want him but her heart always has. Seven years is a long time to crush on your brother’s best friend. It was easier when he was across the pond but now? It’s torture. For both of them. One thing is for sure though…they need to solve this mystery before it is too late. And will they also find a way to find each other in the dark?
Natalie never disappoints with her twists and turns. Sometimes I don’t even know which way is up. Lol. This one has more angst with the couple. They both have their own set of issues they need to work through. It’s not easy. It’s not all roses and butterflies. There are some bumps and bruises along the way. (No, there is no abuse!) I am hoping that I spotted the next couple! They are going to be a fun pair if I am correct. It was also cool to catch up with Drew and his groomsmen. They are so funny.
Quotes:
On instinct, I pick my seltzer up off the bar.
And before my lungs have time to inflate, I see a vision. A memory. A past ripped from a dream.
A walking fantasy wrapped all in silk.
The most stunning sight of the entire night walks in, smiling demurely. Sabrina.
“I’m not the one who’s in trouble here,” he offers.
“Oh, and I am?”
“In ways you don’t even know, sweetheart.”
“…I’ve never been the hero in anyone’s story, Sabrina. And I’m not going to be the hero of yours.” 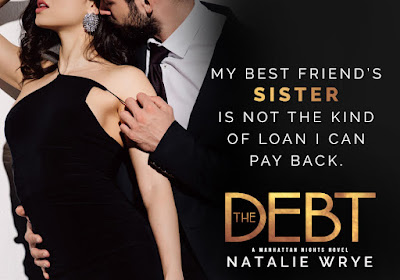 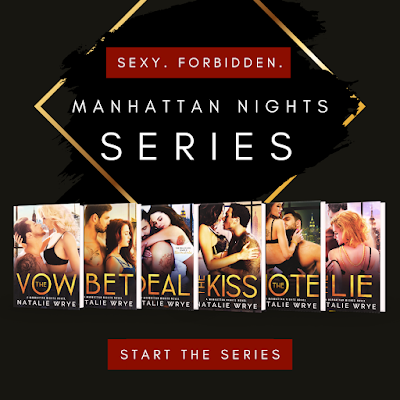 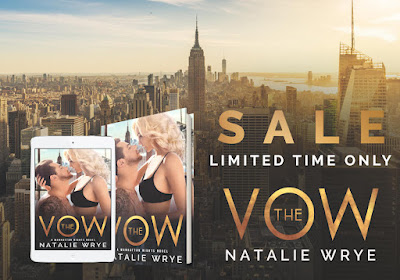 AUTHOR BIO
Natalie Wrye is a reader, writer and tequila lover best known for writing seductive big city romance and characters whose HEA’s you’ll love rooting for.
A notebook hoarder whose books have been featured on USA Today’s HEA and PopSugar, when she’s not watching Netflix re-runs or yelling at college basketball games on TV, she’s usually crafting sexy suspenseful stories about hard-bodied, take-charge heroes and the strong-willed women who crave them.
She loves it when people get weird with her on IG, NatalieWrye.com or NatalieWrites@NatalieWrye.com.
AUTHOR LINKS
FACEBOOK
FACEBOOK GROUP
GOODREADS
AMAZON
BOOKBUB
WEBSITE
NEWSLETTER
INSTAGRAM
TIKTOK 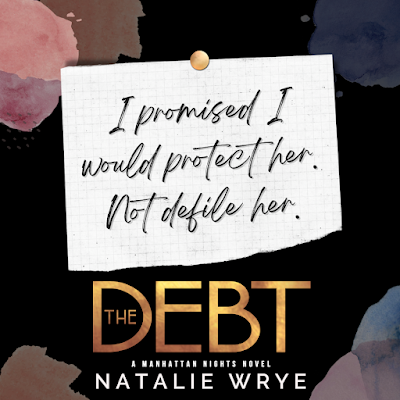