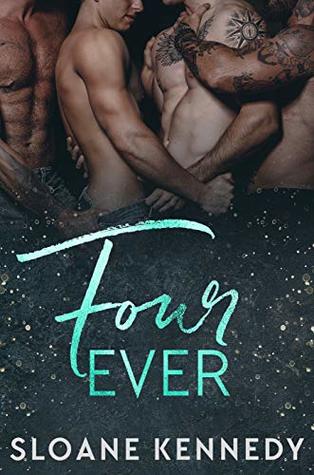 Surrounded by a group of devoted four-footed and two-winged family members, Zak and Killian have built what should have been a dream life in their countryside farmhouse. But a cruel twist of fate and the re-emergence of old demons has frayed the edges of the men’s seven-year relationship until just one wrong move could end up severing their bond for good.

Seemingly content to walk on eggshells around one another, things come to a head when ER nurse Zak brings his work home with him… literally.

After being forced to leave their posh Southern California lives, homeless stepbrothers Liam and Noah are slowly losing themselves to the streets they can’t seem to escape. When twenty-one-year-old Liam is beaten up while protecting his younger “brother,” the pair find themselves being welcomed into a home where being a stray is considered a good thing. But Liam and nineteen-year-old Noah have learned the hard way that nothing is given for free and there’s no such thing as the kindness of strangers. Survival means only counting on and trusting in each other.

Will Zak and Killian’s offer of a no-strings-attached place to heal end up being more than any of the four men bargained for? Especially when feelings between Liam and Noah begin to crawl to the surface and the truth of what Zak and Killian’s relationship has turned into becomes harder to deny?

And what happens when lines begin to blur and needs start to change? Will Zak, Killian, Liam, and Noah end up going their separate ways?

Or will they learn that love doesn’t always come in twos?

*This is a novel about a foursome relationship, not just a story of two separate couples in physical relationships with one another. Thus, there is no “cheating” in this story. This is a standalone novel.

Trigger Warning: The trigger warnings in this book may be considered “spoilerish” so they can be found by using the “Look Inside” feature or by downloading the sample and going to the section entitled “Trigger Warning.”

Four Ever is a new standalone by the fabulous and talented Sloane Kennedy. Sloane is one of my favorite m/m authors and she just took it up a level. M/M/M/M. And it is fanfreakingtastic! Emotional, hot, heartwarming, sexy, did I say hot? Sloane just has a way of writing men who are vulnerable and confident, sensitive and alpha, sexy and sweet, broken but strong. I always know I’m in for an emotional and sexy rollercoaster. Killian and Zak have been together for seven years. They love each other fiercely, but lately they aren’t connecting. Not speaking or spending time together. They have a house full of animals of all kinds and when Noah and Liam need help and end up at their house things get complicated. Killian and Zak find themselves attracted to the younger men. But it doesn’t feel wrong. Liam and Noah have been running. They are tired and sick and Noah can’t speak. It’s a rocky start, but they begin to feel comfortable around Killian and Zak. Sparks of attraction and desire fill the air whenever the four of them are together. What does that mean? After one touch, one shared embrace, they can’t stop what’s coming. The four of them just fit together. It makes them complete. They find something missing in each other and they are happy. But what happens when doubts plaque their minds? Will the four of them find their forever together? I loved this story! I’ve been excited to read my first m/m/m/m and I knew Sloane was going to make it perfect. There’s no shame. No jealousy. No cheating. There’s an emotional and physical bond that I could feel. It’s ridiculously hot and sexy, but I also laughed and cried! I finished it in one day and it left me wanting more. So much more!

“I just keep asking myself what I did so right in my life to deserve you.”

“You’re you,” I said simply, because there was no other explanation.

Four Ever is Sloane Kennedy’s next standalone novel. It also happens to be my first Sloane book! I know, I know…I am shocked too. Kara introduced me to M/M years ago and I fell hard and now she has introduced me to Sloane and damn. It is my first M/M/M/M and it rocked my world. The synopsis is straightforward so I will try my best to make this fast.
Four men. Two have been in a relationship for seven years. Two have been on the run from their past life for the last six months.
Killian is used to his partner, Zak bringing in stray animals but this is the first time he had come home to having a young man sleeping in their guest room.
Noah didn’t want to leave his stepbrother, Liam’s side at the hospital but he had to. It was either go home with the male nurse, Zak or be forced to stay in the psych ward. He knew he couldn’t fully trust Zak but there was something calming about the older man.
Zak couldn’t stand there and watch the young man breakdown any longer. He didn’t even know his name but he knew he had to help him. He didn’t know how Killian would react about it but he did know that Killian loved him and hoped he would understand.
Liam needed to get out of the hospital. He had to find Noah. To protect him even if he was the one in pain. When he finally saw him again, he was both scared and relieved. He knew he couldn’t fully trust these two men. Years of living with a monster taught him that. Months on the streets did even more. But, Killian and Zak felt different. He knew that he couldn’t get attracted but that was easier said than done.
Killian and Zack’s relationship was full of love. Over the last eighteen months there was a change but the love was still there just not talked or shown as hard. Liam and Noah aren’t in a relationship but the love is still there. In spades. Noah doesn’t speak but Liam understands him. He loves him more than a brother and so does Noah but they are afraid to scare the other. Will the four of them get each other to talk? Really talk about their demons. Their fears. Their hopes. Their dreams. Their future. And hat will happen when their feelings and attractions pull them all together in the most intimate of ways?
I absolutely loved, loved, loved this story. It was raw. Funny. Sexy as fuck. I mean, it has probably the most hottest scene I have ever read and it wasn’t even full on sex. That is how emotional I was involved in this foursome. I wanted to hug and cry with each of them. Fight for them.
Overall…Sloane has gained a fan in me. It was such an amazing ride full of all the emotions!
P.S. I love all of the animals. They fit right in with these men.
🔹 And yes, I know that wasn’t short.
Quotes:
He was so beautiful, it hurt to look at him sometimes.
None of what was happening made sense, but for the moment, we were all exactly where we needed to be.
“Last one to the truck comes last!”
About the Author

To my new FB friends, feel free to check out my fan group,
Sloane’s Secret Sinners. We do lots of giveaways and it’s the only place you can sign up
for a chance to get an ARC.

YOU MUST BE FRIENDS WITH ME OR FOLLOWING ME TO JOIN