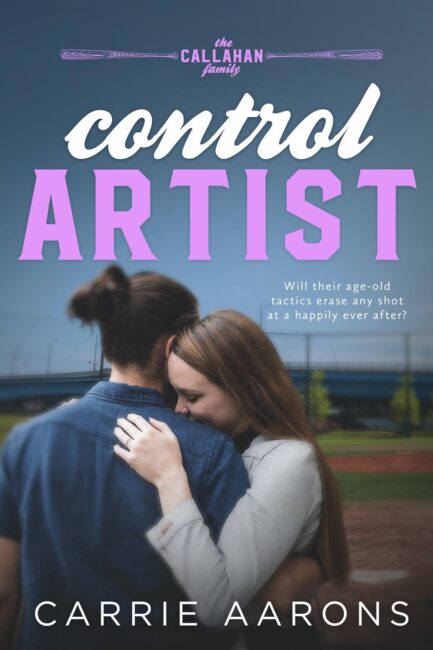 Dahlia Akana has no idea where she’s going in life.

All she’s ever wanted to do is travel, and her inner circle pressuring her to figure out her purpose only makes her wanderlust grow stronger. But she’s comfortable being a nanny to her nieces in the small Pennsylvania town where her sister lives. Though she’s far overstayed her desired timeline, it’s a place filled with friends and familiarity while she plots her next move.

Until she meets the devastatingly gorgeous, obnoxious rookie who is slated to be the next superstar on the town’s top tier baseball team. He’s everything she doesn’t want, but can’t seem to stay away from. As they spend more time together, she discovers that he might just be the anchor she’s always looked for.

When secrets, lies, and a humiliating public scandal rock their world, will she be able to stay with him? Fight for him? Or will her age-old tactic of fleeing erase any shot at a happily ever after?

Garrett Chester has always known exactly what he wants.

To be the best pitcher in the history of the major leagues. And luckily, with more talent in his pinky than other people have in their entire body, he’s well on his way. It’s his attitude that leaves something to be desired. Cocky, reckless and soaking up his newfound fame, the rookie attracts the attention of the tabloid press.

When he meets the feisty woman just as beautiful as the flower she’s named after, she gives him a refreshing reality check. With each passing day, not only does he fall harder, but she makes him want to be a better man.

Except the past that haunts him inevitably catches up, and ends up taking her down with him. Alone, exposed and cast out, it’s a reminder of the childhood trauma that has always plagued him. Can he put the rumors to rest, piece together a career in shambles, and be the hero she needs?

Control Artist is the fourth book in the Callahan Family series by Carrie Aarons. Each can be read as standalone since they are different couples but I highly recommend reading the series since they are tied together. If you have then you have met Dahlia (Hannah’s sister) and Garrett (the rookie).

Dahlia moved to Packton two years to support her sister and nanny her nieces. It was supposed to be temporary but she hasn’t had the pull to move on. Yet. Which is surprising to her since she was a nomad and loved to travel and not settle in one place. Her family doesn’t get it. They just want her to be happy and Hannah doesn’t see that. Dahlia doesn’t see her future tied to one man! Children, and a white picket fence. She doesn’t want that. She wants to be free. Garrett would be perfect for just that. A roll in the hay with the rookie with a Texas drawl except he was just too young and too cocky for her. But he was persistent, and someone who is that cocky about his bedroom skills usually can back them up. Would giving up her resolve be worth it?

Garrett was new to this lifestyle. Money, women, parties, and everything he could ever ask for. He grew up poor and was living it up. He finally made it to the Big Show and after his rookie year, he was living high. Too high. No, not drugs. The lifestyle. He was arrogant, cocky, and stubborn. He knew his game was on top but now his personal life was hitting the tabloids. Baseball was his life. He wouldn’t go back to the trailer park. But what was wrong with having a little fun? And he knew he would have fun with the feisty Dahlia. He wanted her and he wasn’t going to just walk away from a challenge. But once he had a taste, he wanted more and more. To know her. To enjoy her. He might have been the playboy but she was the nomad. Would should take the risk with him to become more than sex buddies? Would the tabloids ruin everything before they could really get started?

This series just keeps getting better and better. I am not sure if there is more to come but I sure hope so! Garrett is cocky yes but he is also sweet, misunderstood, and a hot mess. I loved seeing all of his sides. The shameless flirt. And he met his match with Dahlia. She is a badass who feels a little lost but knows she will find her way. I love them both. Together, they are explosive and a little out of control, and sweet and it’s them. They made me laugh, cry, and get hot and bothered. ♥️

“I just met you, you’re my boss, and you’re complimenting my boobs? I think I found my new best friend.” I laugh.

She winks at me and takes on a valley girl accent. “That’s because I’m like, a cool boss, not a regular boss.”

“And a Mean Girls reference? Marry me.” I wink back at her.

“You feel like dancing, darlin’?” That deep voice is much too close to the sensitive slope of my ear. I don’t move though, and stop my body from swaying, not wanting to give him the upper hand.

“Aw, sweetheart, that’s not what your hips were saying a moment ago.” That tone is pure sex.

His mouth is vicious, searing hot, and skilled beyond his years. He wasn’t lying when he said he could make me come so many times I’d lose my voice, because with the way his tongue is filthily commanding mine, I can feel an orgasm building. From just a kiss.

Author of romance novels such as The Tenth Girl and Privileged, Carrie Aarons writes books that are just as swoon-worthy as they are sarcastic. A former journalist, she

prefers the love stories of her imagination, and the athleisure dress code, much better.

When she isn’t writing, Carrie is busy binging reality TV, having a love/hate relationship with cardio, and trying not to burn dinner. She’s a Jersey girl living in Texas with her husband, daughter, son and Great Dane/Lab rescue.