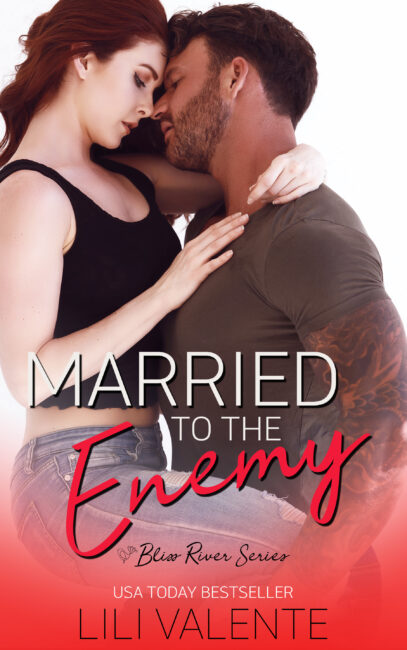 To protect my baby, I’ll totally make out with the enemy…

Yeah, he’s that guy–my first love, Nash Geary, the heartbreaker I’ve spent a decade trying to forget. But now I’m back in Bliss River, facing an ugly custody battle with Mr. Bad Idea #2, and I’ll do anything to keep my baby girl safe.

Go into debt for a fancy lawyer? Check.
Hire a private detective to get dirt on my ex? Check.
Marry my nemesis to prove I can provide my baby with a loving, two-parent home? Um…check?

One too many beers at the county fair and suddenly Nash and I are on our way to the courthouse to tie the knot. He’ll get even after a rough break-up, I’ll prove my daughter is better off with me and my pillar-of-the-community, police chief husband, and we’ll end it amicably when I’m granted full custody–everybody wins.

But what happens when the lines between fantasy and reality begin to blur, Nash sweeps both me and my baby girl off our feet, and what started as pretend becomes the most important thing in my world?

They say keep your friends close and your enemies closer…

So what am I supposed to do with the fake husband I’m pretty sure is the love of my life?

Married to the Enemy was previously published as Keeping You. It has been extensively revised and expanded for this new edition.

Married to the Enemy is the second book in the Bliss River series by Lili Valente. You can read it as a standalone but I recommend reading Dating Dr. Dreamy since it’s fun and sexy and it’s also when these enemies see each other again after years apart. Aria and Nash, this is their story and it’s a beautiful one.

This one time at Art Camp…

Aria and Nash met. They had fun. They fell in love. Then, a month later it was over. And over the next few years, they either ignore each other or threw daggers. Aria moved away and now she was back home as a single mother to a cute as a button  eleven month old, Felicity. Living with her parents, working as a pastry chef for her sister and being a kickass mom has been rewarding and hard at the same time. And now, her ex-husband has decided that he wants to be in Felicity’s life, as her sole guardian and Aria will do anything to stop him, even marry the enemy…

Nash loved her. He really did. She was his first love. That was until they broke each other’s hearts. She was back and after a trip to the fair and seeing his most recent mistake, he was about tho make another one. To marry the one girl who could break his heart for a second time. It was a win-win, really. He felt something a few months ago when he met Felicity, she was so sweet and her mother was so sassy so he agrees to help them out. At the same time he can show his ex that he has moved on.

It’s complicated and beautiful at the same time. They get to learn each other again. They have time to explore and to see if it was real love twelve years ago or just puppy love. But, will their families accept them as a couple?  They have history that includes some hurtful words, and terrible decisions.

Aw!! I knew this was going to be good but damn…it was awesome! Aria wasn’t looking for love and Nash was over it until they had this crazy idea. And I love crazy ideas. And, Felicity is freaking adorable!! It was wonderful to catch up with Lark and Mason and to get a glimpse it Melody’s next adventure…

Kissing Nash is heaven and hell all tangled up together, enough to make my soul light up with joy and my body ache with a hunger that’s almost painful.

“I’ll wear a suit and bring you flowers and do my best to make this work,” he says, before adding in a low voice. “But the next time you look down your nose at me in public, you’re getting a spanking.”

She threads her fingers into my hair. “How could I have forgotten this?”

“Forgotten what?” I run a finger beneath the elastic, already dying to taste her, to get my mouth between her legs and make her lose control on my tongue.

“That your mouth is magic,” she whispers.

“I haven’t even started with the magic yet, Red.”

Married to the Enemy is the second book in the Bliss River series by Lili Valente. I love second chance romances and enemies to lovers and Lili gives us both! And oh my word, Nash is something else. He might be one of my favorite characters of Lili’s with his sexy body to his sweetness to that accent. Dear Lord. You need to experience this book in audio if you want to hear Jason Clarke with a southern accent. I was swooning all over the place. Lili is the perfect Aria with her sultry and sweet voice. I love when authors narrate their own books, you can feel their emotions coming through so much more. Nash and Aria knew each other years ago. They were young and in love and they were torn apart. Then they became enemies and have been ever since. But now they both need something and the other is the perfect person to deliver. It’s a fake marriage with real feelings. Nash not only wants Aria for real, but her beautiful daughter, Felicity, too. Again, Nash with the baby…swoon!! There’s nothing better than a big strong man and a cute baby. I loved this story! Nash and Aria found their soul mate years ago and there’s never really been anyone else. I loved how they were open and honest with each other and what they wanted. It was never really fake for either of them and it was beautiful to watch them fall in love again! The writing is fantastic, the narration a pleasure to my ears! 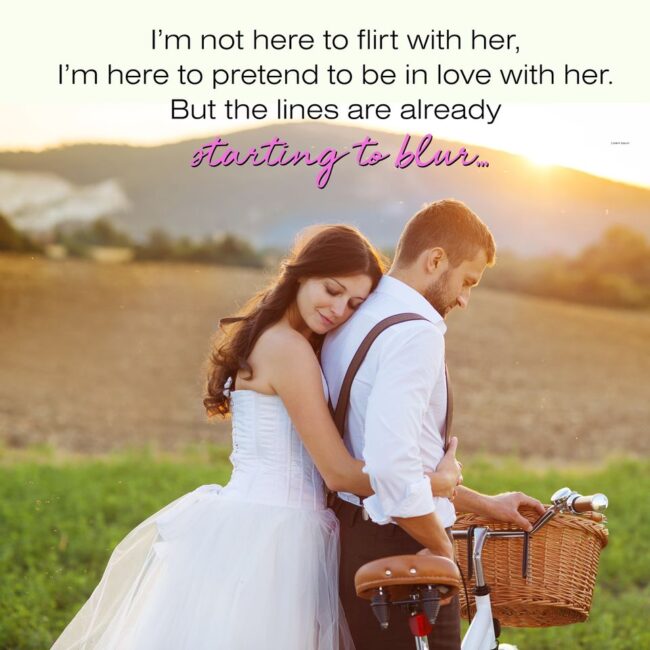 Author of over forty novels, USA Today Bestseller Lili Valente writes everything from steamy suspense to laugh-out-loud romantic comedies. A die-hard romantic and optimist at heart, she can’t resist a story where love wins big. Because love should always win.

When she’s not writing, Lili enjoys adventuring with her two sons, climbing on rocks, swimming too far from shore, and asking “why” an incorrigible number of times per day. A former yoga teacher, actor, and dancer, she is also very bendy and good at pretending innocence when caught investigating off-limits places.

You can currently find Lili in the mid-South, valiantly trying to resist the lure of all the places left to explore.