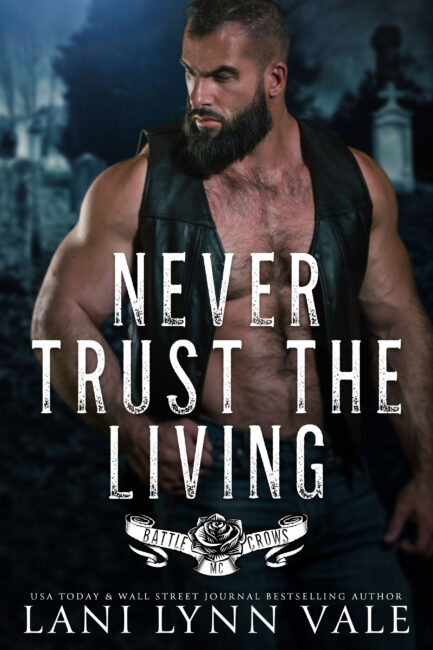 It’s not every day that someone tries to pin a murder on you and a random girl you just met. But Bram Crow isn’t your average, everyday guy, either.

One second, he’s hiding evidence with the girl, and the next, he has to marry her so a police detective doesn’t get suspicious.

Did he mention that he had a long-term girlfriend at the time?

To say that things didn’t go as planned would be an understatement.

To say that falling in love with his wife, definitely wasn’t part of the plan, either.

Nor was her leaving me when I finally realized she was my world.

Never Trust the Living is the seventh and last book in the Battle Crow MCs series by Lani Lynn Vale. We have been waiting for details on Bram and Dory’s story since the beginning of the series! Bram is a first class ass. We know this. We still like him because we know there is a big story there! Turns out it’s even bigger than I thought! And his reasoning for treating his wife the way he did is solid. Could he have been better about it? Yes. Could his brothers (except Jeremiah, I love you) have been better? Absofreakinglutely. Bram loves his wife but he doesn’t know what to do. How to show her. He thinks she deserves better. And he doesn’t even realize it until she’s gone. They say it’s never too late to apologize, and I felt for Bram. And I think he did a top-notch job of showing Dory that he was wrong and he’s incredibly sorry. He’s going to prove to her that he loves her and he wants to be together. She just needs to open her heart one more time.

He does what’s best for her. Get her out of town. Somewhere she feels safe. Learn about her. Get to know her. But they have a past that seems to be following them and it’s not good. I was honestly worried what Lani was going to do. Again! I wasn’t prepared for the emotion, but in the end she gave us what we need. It was the perfect way to end the series! I’m sad to see these characters go but I’m hoping we might see them again somewhere. Overall, I laughed, cried, got mad, cringed and smiled some more. Bram really is delicious and Dory is strong as hell! She never gave up and kept fighting! 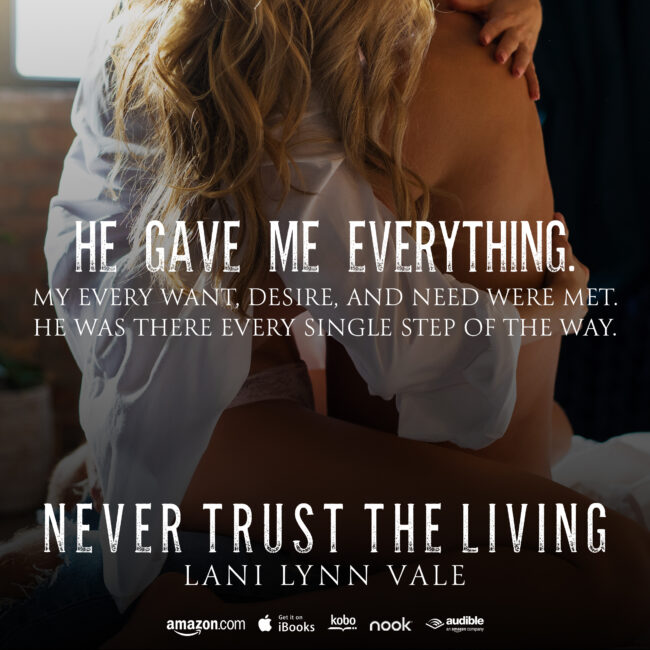