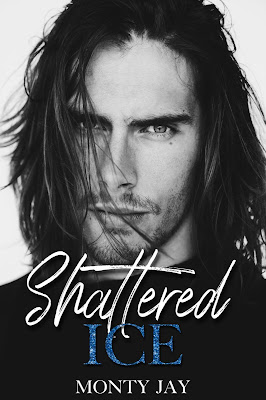 Razor sharp between the pipes, mysterious off the ice, Malakai Petrov is the Chicago Fury’s notorious goalie.

The 6’5 Russian giant is hiding an entire world behind the bars of his mask. He thinks his secrets are buried deep enough so that no one can ever crack the ice guarding his stone heart. Until he meets a certain teammate’s sister who’s got a knack for sticking her nose in places it doesn’t belong.

Charlotte Greene met the man behind the mask years before anyone knew his name. The  punk chick with calloused fingers from the strings of her violin never could shake the memory of him.

When unexpected circumstances put them back in each other’s life, she’s set her sights on turning Malakai’s life upside down.

Stealing his dog, leaving her panties on his stairs, batting her silver-eyes, forcing him to question everything he ever knew. These two are skating on thin ice and it won’t be long until it shatters.

Ice Hearts is a standalone novel in the Fury Series and deals with sensitive subjects some may find triggering.
Grab Your Copy Here:
Amazon US | Amazon UK | Amazon CA | Amazon AU
Free in KU
Sandra's Review

Shattered Ice is the third book in the Fury series by Monty Jay. Each book can be read as standalone but I recommend reading the first two book since they are connected and awesome. I loved them but I fell hard for this one. I crave dark romance and it goes more towards that way than the previous books.

Malakai came to the United States from Russia when he was sixteen years old. He wasn’t a people person. He played hockey, and he was also an artist. He was a mystery to his teammates but they worked on the ice. He was quiet, controlled, and a clean freak. He didn’t smile or laugh but when he saw someone in pain, he was there. Pain was something he knew well. It was his muse. He was in control of his life until he sees her again. A girl from his past. A girl he never forgot. A girl who saw him in just a few moments years ago. And she happened to be his roommate/teammate’s twin sister. The same sister who needed a place to stay…

Charlotte knew the moment her life changed. It was on the streets of Chicago when she saw him. The few moments they had was life-altering even without exchanging names. She was only sixteen and he had to be at least twenty but it was in his eyes that done her in. He was a beautiful mystery. One she wanted to discover and now, years later she had her chance. It was unexpected but knew it was worth the wait. She tried with others but nobody compared to him. He might not want her touch for his own reasons but she wanted his. She knew their connection was more than attraction. It was fate.

Omg! These two. I love them! She is a badass and full of life. He is beautiful and broken. I could just picture them the whole time. It was like reading a movie. Malaki tugged on my heart strings from the beginning. I wanted him to discover love. Real love. Real touch. Charlotte was a mess from the beginning to end and she owned it. I loved it. Together, they are poetic. They saw each other. The real them and it was beautiful. It is not easy though.

Overall…it’s emotional ride. I was hooked from start to finish. I laughed. I cried. I got angry. I cried some more. I swooned. I got hot and bothered. I can’t wait for the next book! Oh, it’s going to get me, I know it.

“Messenger of God? Really, Charlotte? Could you be any more of a freaking loser, who even wants to know that?” I mumble.

“Is the invitation still open or have you filled my spot with your other personality?”

Malakai was a storm. A raging hurricane, a monumental wave of mystery and trouble. A thunderstorm of intelligence and darkness.

I felt like a world-touring violinist when he watched me. He looked at me like there was something worth looking at.

Shattered Ice is the third book in the Fury series by Monty Jay. This series is fantastic! Filled with emotion, laughs, sexiness and friendship. We’ve known Kai for a while and he’s been mysterious bordering on ice cold. But I knew there was something behind his eyes and in his heart that was worth looking deeper to find. Turns out the key is his teammate’s twin sister. He met Charlotte years ago before he was a well known hockey player and they had a spark. She never thought she’d see him again and then another chance meeting proves it wasn’t a fluke the first time she met him. They have a connection. Undeniable chemistry which Malakai is trying to deny. Now they are living under the same roof and Kai isn’t strong enough to stay away from her. She makes him want to change. To be better. To finally overcome his past. Charlotte doesn’t know what he’s hiding, but she wants to be there for him. He’s going to put up a fight, but she has to decide if he’s actually worth fighting for. Malakai and Charlotte’s story is so full of emotion! One minute I was laughing, then I was crying, then I was gasping for air. I loved the dynamic between Charlotte and Kai so much! I think this might be my favorite of the series!

“You can do whatever you want, Charlotte. It’s your world, babe. I’m just lucky to live in it.” 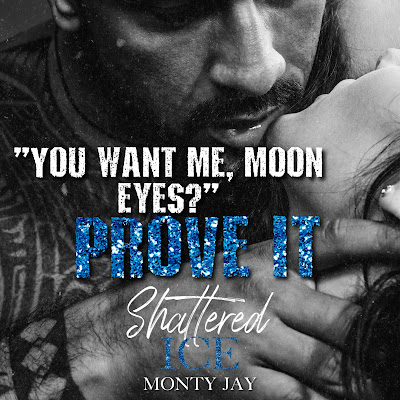 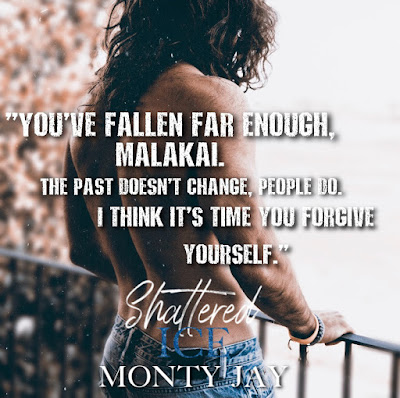 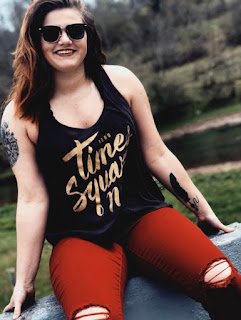 Monty Jay likes to describe herself as a punk rock kid, with the soul of a gypsy who has a Red Bull addiction.
She writes romance novels about insane artists, feisty females, hockey players, and many more.
When she isn’t writing she can be found reading anything Stephen King, getting a tattoo, or eating cold pizza.
Sign up for her newsletter, so you never miss news about a release: https://bit.ly/3314X39
Connect with Monty Jay
Facebook | Instagram | Goodreads | Facebook Reader Group | Amazon Author Page    BookBub
Hosted By: