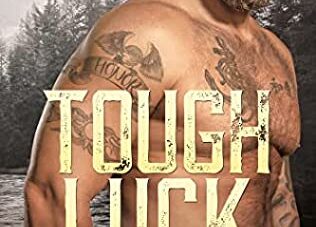 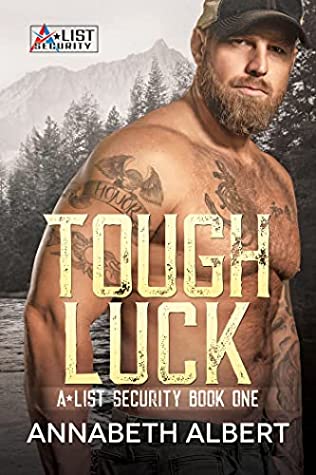 My best friend’s little brother needs a bodyguard. Now I’m the one in danger…

I’m a SEAL. Or rather, I was. Retired at the grand old age of thirty-eight, I’m at loose ends. My best friend wants me to join his security team. I’m not sure I’m bodyguard material, but he needs someone to protect his kid brother. How hard can spoiled brat duty be?

Somehow, I missed the part where former child star Danny Love went from dorky TV darling to all grown up and disturbingly attractive. All the gossip about his wild ways fails to mention that he’s trying hard to clean up his act. But now he’s got a stalker.

Hiding out together in a remote mountain cabin, alone, the temptation keeps building. I’m feeling things I never have before. Secrets I’ve kept even from myself bubble to the surface every time Danny looks my way with those puppy dog eyes.

I’m a SEAL. We leap into danger. So why is it so terrifying when that danger comes with the softest pair of lips I’ve ever known? At some point we’re going to have to return to Hollywood and our vastly different lives. Will Danny still want me around when he doesn’t need me for protection? Can I be brave enough to give him a reason to?

TOUGH LUCK is book one in a brand-new SEAL bodyguard series. It features an age gap, steamy first times, and all the high heat, big emotions, and found family feels readers expect from this fan-favorite military romance author. Join A-List security for this lower-angst series featuring former SEALs and the celebrity clients who win their hearts. Happy endings and no cliffhangers guaranteed!

Tough Luck is the first book in the A-List Security series by Annabeth Albert. I’m a huge fan of Annabeth’s and I’m loving this new series! This is an age-gap, best friend’s brother romance and I loved every second of it! Cash is a retired SEAL and Danny is an ex-actor who’s being stalked and needs some help. Cash agrees to help Danny as a favor to his best friend, Duncan. He’s expecting Danny to be a spoiled diva, but he’s nothing like he thought. Danny didn’t expect a huge, burly man to show up at his house while he was doing naked yoga. But he’s glad he’s there because he gets another threat. This one scares him enough to pack a bag and find a safe place with Cash for a few days. Cash always knew there was something about him he wasn’t quite sure about. The more he gets to know Danny, he’s pretty sure he’s always liked men, but being a SEAL, he never felt safe to be who he was. Now he has the opportunity to explore his thoughts, feelings and desires. Danny is totally on board to show Cash what he’s been missing. Along the way, they share their lives and their bodies. Danny is learning more about himself and what he wants to do with his life. Cash is finally comfortable in his own skin. There’s still a dangerous stalker out there, but together they can overcome anything! I loved Danny and Cash! They are opposites in looks and lifestyle, but they just fit together. They know when to have fun and when to be serious. They also have crazy hot chemistry! I couldn’t get enough of them and I can’t wait for the next book in the series!