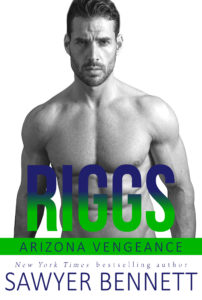 Known as the team loner, Riggs Nadeau gives his all on the ice, but nothing extra off it. A beautiful stranger is about to cause chaos in his very structured world.

As a professional hockey player, people think I live a charmed life. On the surface, I do. But they don’t know the horrors of my childhood, or the real reason that I have custody of my seventeen-year-old sister, Janelle. And that’s exactly the way I like it. They may think I’m a prick because I don’t like to share, but that’s fine. They don’t know me, and they don’t need to.

In an effort to help Janelle get settled in Phoenix and stay out of trouble at school, I set her up with a job at Clarke’s Corner, the local bookstore owned by the girlfriend of a teammate. It’s there that she makes friends with Veronica Woodley, the extremely annoying, arrogant, money-hungry divorcee who I don’t want anywhere near my sister. Janelle insists I’m completely wrong about Veronica, but I refuse to accept that. I have to keep reminding myself that that the gorgeous blond with legs for days is off limits.

Through a series of events, I start to see Veronica for what she really is—an amazing woman who has survived her own hell to come out even stronger. I have to admit, we’re more alike than not and the attraction between us burns hot.

Maybe I was all wrong about my ability to love and commit, but when the past comes back to haunt me, can I be the man that Veronica, and Janelle, deserve?

Riggs is the eleventh book in the Arizona Vengeance series by Sawyer Bennett. Each book can be read as standalone but I do recommend reading the series since it’s full of badass, sweet, and sexy hockey players and the kickass women who love them. I have been looking forward to this book and I loved every minute.
Riggs is one of the newest members of the Vengeance team and it hasn’t been the smoothest of transitions. Riggs does his job on the ice and nothing more. He doesn’t socialize with his teammates unless he has to and doesn’t give more than he has to in  conversation. He is busy getting his seventeen-year-old sister, Janelle settled into their new life in Arizona. It has been isolating and he has no clue what he is doing. But, his gut did tell him that Janelle would enjoy working at the bookstore for a teammate’s girlfriend. What he didn’t know was that it would change everything…
Veronica loves working at the bookstore with her best friend, the friend who pushed her to finally go back to school. And having a new employee is exactly what they needed. What she didn’t need was Janelle’s asshole but hot brother giving her shit. She developed a bond with Janelle but that man got to her. Badly. She didn’t know much about him but his first impression was the worst but something was there. And when one kiss lends to more…it’s fire and could only ever be. Nothing more. Been there, done that. True love isn’t real and not for her. Or for him, it seems.
Omg, I loved these two. The hate. The banter. The heat. Loved it all. It was more emotional than I thought it was going to be! And I loved Janelle. She is quite the teen and talented. They all made me cry, laugh, and laugh! I am soooo excited about Baden’s book. I just know it’s going to be both heartbreaking and full of healing.
Quotes:
“You’re insipid and boorish,” I retort.
He actually laughs and waves his hands in a way that mimes he finds me amusing. “Ooh, look at the fancy, rich lady using fancy, rich words.” Fancy? Rich words?
“Listen, motherfucker—”
“I wanted to walk out and walk back in… experience seeing you like that all over again.”
You should patent those words and sell them. Total panty-melters.
Kara's Review

Riggs is the eleventh book in the Arizona Vengeance series by Sawyer Bennett. Riggs is an epic enemies to lovers romance! I adore this series and have been waiting to know more about Riggs. He’s grumpy and jerky and pretty much keeps to himself. He’s on a new team in a new city, but doesn’t want to get to know his teammates. He just got custody of his seventeen-year-old sister, Janelle, and he thinks he has to focus only on her. He knows she needs more so he helps her get a job at Clarke’s bookstore. She loves it and meets new friends. Veronica is one of them. Riggs knows nothing about her except she looks like a stuck-up rich woman who will not be a good influence on his sister. And boy was he wrong. Veronica can’t stand Riggs. He’s a pompous jerk with a big mouth. But when she steps in to help him with Janelle, they both realize they do hate each other, but there’s major chemistry underneath it all. It’s too much to ignore and it’s only physical so it’s the perfect set up. Riggs didn’t expect to want more from Veronica, but now he has to decide if he wants to go all in. When Riggs’ and Janelle’s past comes back for them, Veronica puts herself on the line to protect Janelle. That’s all Riggs needs to know. She’s the woman for him. I just about needed a swooning couch for his declaration! Riggs was everything I wanted him to be. Hot, sexy, strong, alpha. But also sweet, caring, loving and smart. Veronica is freaking basa**. Protective, smart, driven. They are the perfect match. I can’t wait for Baden’s book and the new series. I am here for it! 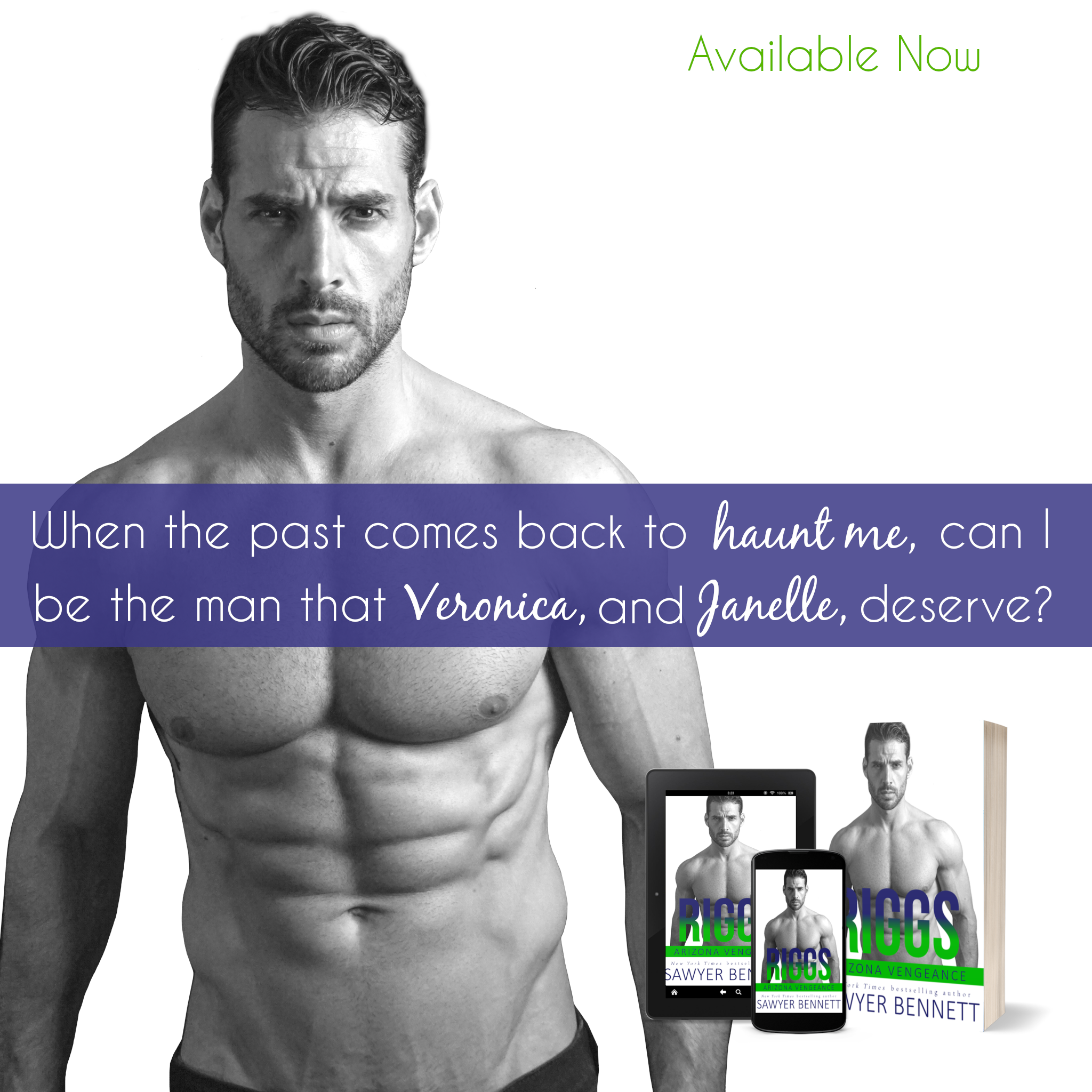 It was supposed to be a prank. A silly frat boy dare.

One hot moment in a hidden storage closet. One kiss. No consequences.

But if you get that close to a man with fire in his eyes, you’re gonna get burned, and I was no exception. One taste of Grey Blackwood ruined me for life.

The way Grey sees it, I was the one who did the ruining. I humiliated him. Wrecked his life. Destroyed his future.

Now he’s taking down the companies owned by every frat boy who did him wrong. And when he comes for my family’s company, the quiet life I’ve built for myself far away from Manhattan comes crumbling down, too.

But when Grey’s standing in our boardroom, threatening a hostile takeover and demanding I negotiate on behalf of my family, I don’t see an enemy. I see the chance I’ve been waiting for.

The chance for another night in his arms, and hopefully a whole lot more.

Hostile Takeover is the newest sexy, second chance story by the hilarious Lucy Lennox. I couldn’t be a bigger fan of Lucy’s if I tried. Her books just always make me happy! If you read Luca and Marcel you know who Grey Blackwood is. He’s Marcel’s boss, the sexy, intimidating workaholic who’s been taking over companies and making billions. I knew his story was going to be something else! One hot kiss in the closet with Ellison York in college changed the path of this life. After that incident, he lost his job, his contacts and everything he worked so hard for. But it made him the man he is today. Ruthless, smart and rich as sin. He’s just about to take over the last company of the frat boys who did him wrong. Ellison’s father’s company. He agrees to some stipulations as long as Ellison acts as is PA for 2 weeks while he takes care of business. Ellison isn’t the man he thought he was. He’s caring, sensitive and nothing like his heartless father. He’s also ridiculously attractive, charismatic and sexy. Ellison never thought he’d see Grey again and definitely under these circumstances. Now he has to play nice with Grey to get some of his company back. He never stopped thinking about him after their time in the closet. He always had a thing for Grey in college. The only man he was ever attracted to. And this might be his chance to see if things could ever be different. If Grey could forgive him and they might have a chance at happiness. Ellison softens Greys hard edges and shows him something he never thought he’d have. A partner who’s funny, smart, entertaining and can give as good as he gets. Grey needs to buy a piece of property and Ellison is going to help him get it. They just have to pretend to be boyfriends. For a week. In the Hamptons with Ellison’s family. Pfft. No biggie. After a few days it’s obvious to everyone that they actually care for each other. After a few kisses they both want more. But there’s more on the line than the company and a deal. Will their hearts survive a second time? Holy crap! I loved this story so much! So. Much. I laughed out loud, teared up, laughed some more and just thoroughly enjoyed every word. Ellison is so funny and sexy and smart and Grey is so sexy and is such a good man under the gruff hardness. He never forgot were he came from and just wants to help people. They are one of my favorite Lucy couples and that’s saying a lot since I really, really love all her books!

Meet Lucy Lennox Lucy Lennox is finally putting good use to that English Lit degree earned way back in the 1900s. She stays up way too late each night reading M/M romance because she is a sucker for a good story.